Something weird is happening you guys… I got up early to run twice this week even though I technically didn’t have to. Weird right… Since it was march break and dark morning time change week I was all excited to sleep in, which I did till like 9:30 twice on non-running days. So far honey is suggesting early morning runs continue forever since I’m always in a good mood after and we get a jump on the day. This week was a bit funny because in order to add a run and stay close to the 10% rule all the non-speedwork and long runs went back to 4 km so even though I ran an extra day I feel like it was a bit of a break week. So here’s how it went. 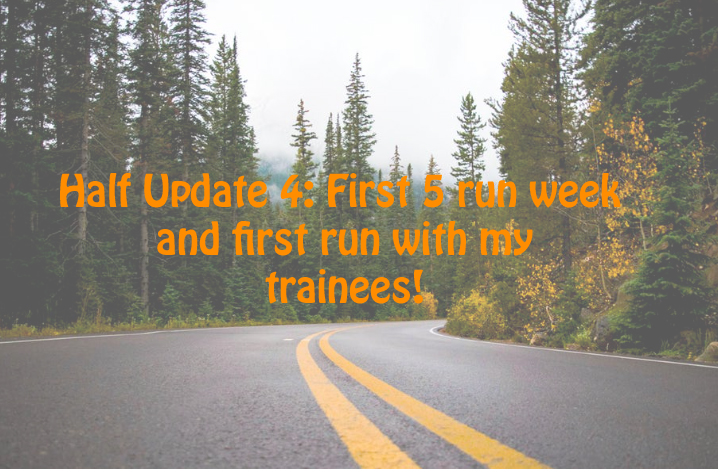 Tuesday: Shake out 4 km. Technically I didn’t have to get up early for this one but I sort of did because we had a snow storm scheduled for 2 pm and boy did we get it! Nothing special about this one really but I am finding I’m consistently over dressing for my first run of the week and it’s hardest to get a cute picture that day too. 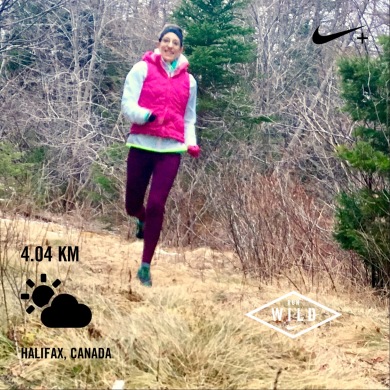 Wednesday: 7 km tempo run. I snuck this one in just before dark as soon as the storm cleared out the next day. It wasn’t evident at the time but… that tiny piece of facia that came loose was about to use the entire attic as a sounding chamber and keep us up all night! I spent the night in the spare room adding things I had to bake for the neighbours to apologize. By 4 am I was up to cookies, muffins, brownies and fresh bread. I don’t love speed work but yet again this training cycle it was a fast one. Last cycle I freaked out about how slow I was going to be on race day. This time I legit have a goal to PR and as of right now, no problem. It was still really windy (gusts to 70 km/hr) for this one so I did an in an out on a back road to try to beat the wind, helped a little but it was still breezy!

Thursday: 4 km recovery run. Since I was sleeping in a room without my chargers I decided to just take by portable, super loud alarm clock with me. Didn’t want to screw with the settings and since I was up I figured I might as well get my run in. That piece of facia that sounded like a snare drum all night sounded like loose tin foil from the outside, at least I was off the hook for baking! Usually after speed work I’m pretty sore but since it had been only about 11 hours it hadn’t hit and it was actually a pleasant recovery run! 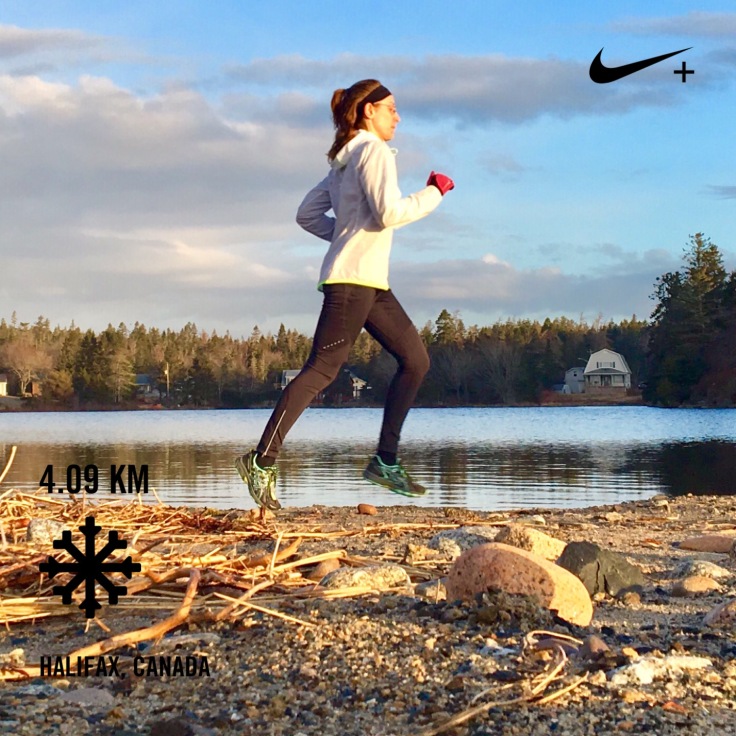 Saturday: 4 km shake out run. Well mostly a walk, this was my first runs with my trainees! It was the first workout in a c25k app and it went great. I took them for sneakers on Thursday and brought them some of my gear to have or borrow. My mom was pretty nervous about the whole thing which was silly because she was all about running and showing Santa who’s boss at the reindeer run we did together. Anyway everyone got through it and I came close to my target for the day with no KT tape! They we’re happy when they got home and we’re doing it again Tuesday! 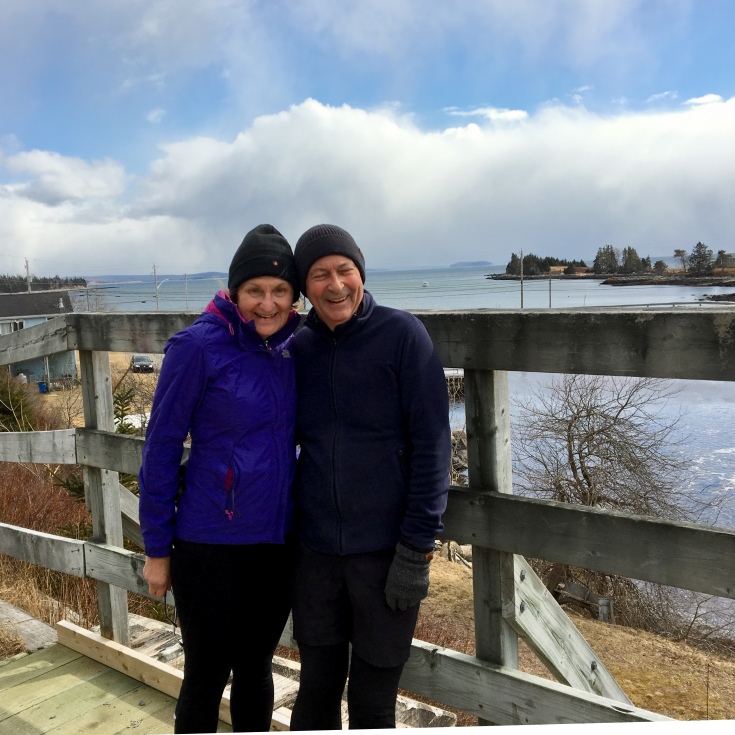 Sunday: Long Run. 11 km, running can hand you a serving of humble pie when you need it and while I might not have gotten the full slice I definitely got a mouthful today. I was all, “I did 11.5 before training even started…” smug about today but it kinda kicked my ass. I don’t mind running in the cold, though I’m never thrilled by the idea and almost always a bit dramatic about it and after an hour I want to be done. It was a few degrees below freezing today, but just a few and the last three km dragged on and on. I was glad to be done. Plus I said no to going to a play with my mom to run today and I would have much rather been there. I thought about the offer for a day but getting up early and hitting the road, then driving an hour into the city, watching a play, driving out and then tutoring seemed like too much so I declined after thinking about it which might have made it suck more. All that said most of it was a good run, I bought a juice along the way which is always a nice treat. I did a good job finally of slowing myself down with my newly re-vamped long run playlist and came in right on target. So from this point forward I’m taking those long runs more seriously and preparing for them a bit more. 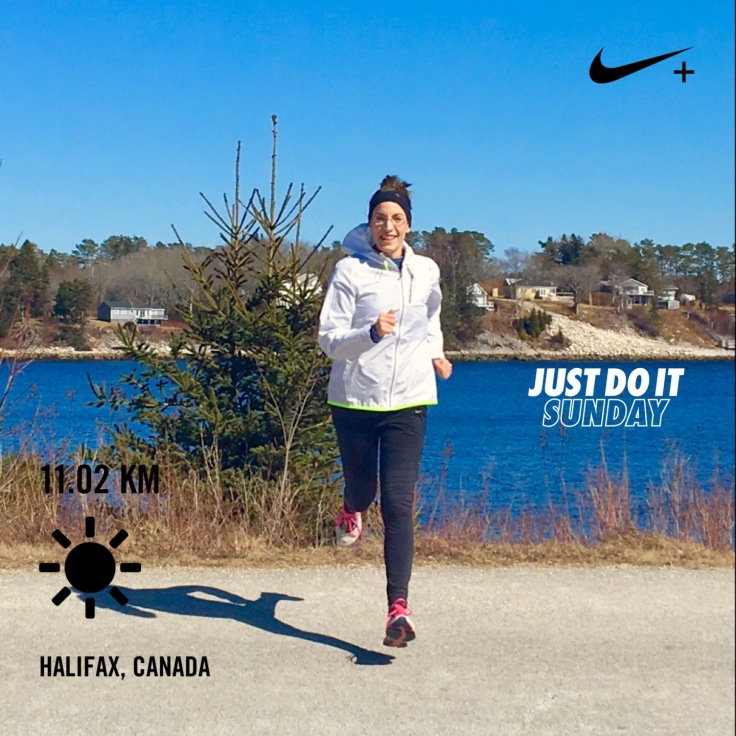 That’s it my week of running. Nothing to crazy yet on the schedule this week coming. Speed work is starting to get pretty long and three of my runs will be with my trainees for the next two weeks so that’s fun!

2 thoughts on “Half Update 4: First 5 run week and first run with my trainees”