Have you ever wondered why we wear race bibs with numbers on them. Neither did I for a long, long time and some reasons I kinda knew like timing but it’s actually WAY more nuanced than that! I dug into it after that former beauty queen in the USA got some of her ultra results stripped for cutting the course. I put mine up and display them proudly these days usually after peeling the chip of the back but it’s got to go deeper than that right? Well it does and it’s actually pretty dang cool. So once and for all here are the reasons we all wear bib numbers.

Entitles you to support: Wearing a bib is an easy way to mark you as an official participant. It sort of shows you paid your money and entities you to support during the race. That means things like water, gatorade and gels at the aid stations. But also porta-potties, high fives and cheers. It shows you’re not banditing (running without registering) and therefore taking resources away from official competitors. While they are used for other sports like, gymnastics, dog sledding and biking. Chances are this is the reason it started with running races years ago it’s a way for officials to easily keep eyes on who is officially in the race.

Accountability: This is the one that originally got me thinking about why we wear race bibs in the first place. A reference to Maude’s story showed up in my news feed from Canadian Running Magazine but I’m provided the link to marathoninvestigation.com on the subject since they broke the story first. Basically this quasi famous for other reasons beauty queen got caught cutting the course at a few ultra marathons. A few of the sentences made me realize that your race bib had something to do with getting caught cheating. It works like this we all know you’re race results live on the Internet forever whether you want them to are not. Those results are searchable by your name and bib number, ever wonder why?

Just like another racer can report that you are in need of help they can also report that you have cut the course. Instead of reporting your ill health they can tell on you at the next aid station, Since they won’t have your name and a description of you like, “pretty fit, blonde in black running shorts and a race top” isn’t that likely to definitively identify you, but your specific number sure will! Also wouldn’t it be weird if you’ve literally never done a marathon before and then you won a big race? Well that’s what happened to this chick she hadn’t much ultra experience, which marathon investigations could find out from previous bib numbers tied to her name and then she ran a big one, won and qualified for a prestigious team. Seemingly out of no where.

Timing mats on course require a power supply like a battery bank or generator both of which are hard to drag into the woods in an ultra. So these super long races tend not to have any or many of them on the course as you progress. That’s how this chick got caught. But the thing is technically you can be asked to provide GPS data and some ultras require you to have it should your result be challenged down the line. Failure to do so can get you disqualified, that also happened in this case! Also who even knew there was a site that investigated marathon times?

Emergency info and easy identification: Do you know what the protocol is if you see another competitor in trouble? You are to report it at the next aid station. What happens then? Well those people at the aid station call for whatever help is appropriate but they also get in touch with officials and find out your name and medical history that you provided. Those officials then get in touch with your next of kin and before you ever get to that aid station all the proper help has been summoned. It could be as simple as them keeping an eye on you as you pass through the course and it might be oblivious to you. In races with different distances and routes the colour of your bib can also tell anyone at a glance where you are expected to be.

Timing chip carrier: Bibs are also used to aid in timing and always have been. Your identity can be and has been used historically to link your identity to your time. Back in the olden days someone manually recorded the time and bib numbers and took not of the time for the first few people. Then by cross referencing the bib number with the written registrations the link could be made. I imagine at some point this was done with the aid of video footage because I can’t be the first one to have figured that out. Apparently this was a painstaking and time consuming process and I would totally believe that! Nowadays your timing chip is attached to the back of your bib at the bigger races and usually the smaller ones too. I’m sure this technology has made many a race directors job much easier! Those chips are detected by timing mats as you start and finish the race and at certain points along the course. But… Remember you could always be asked these days to provide Garmin or other GPS data to confirm your result. That said I’ve had chip bibs miss split mats and starting mats once but thankfully not in the same race. 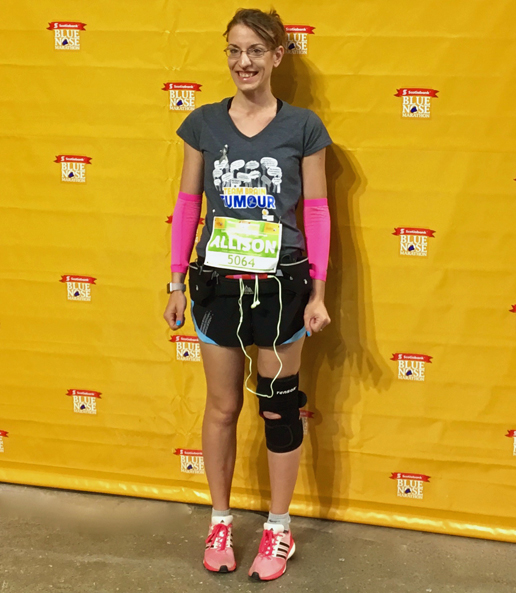 Spectators: With all that technology comes new and cool possibilities. Your friends and family can track your progress around the course as the chip registers at timing mats along the way. Sometimes that data is an estimate based on your speed so far in between mats. So if you’re waiting for someone to finish while you grab a bite, or in my case a movie make sure you give yourself lots of extra time to cheer your athlete on at the finish lie incase they run a negative split! If you don’t know what a negative split is check out this cool post with all sorts of running lingo!

Isn’t it cool that a little number and these days a little chip along with it can do so many things? Would you ever report an athlete for cheating by cutting a course? Would your answer change if they turned out to win it?

5 thoughts on “Why We Wear Race Bibs”