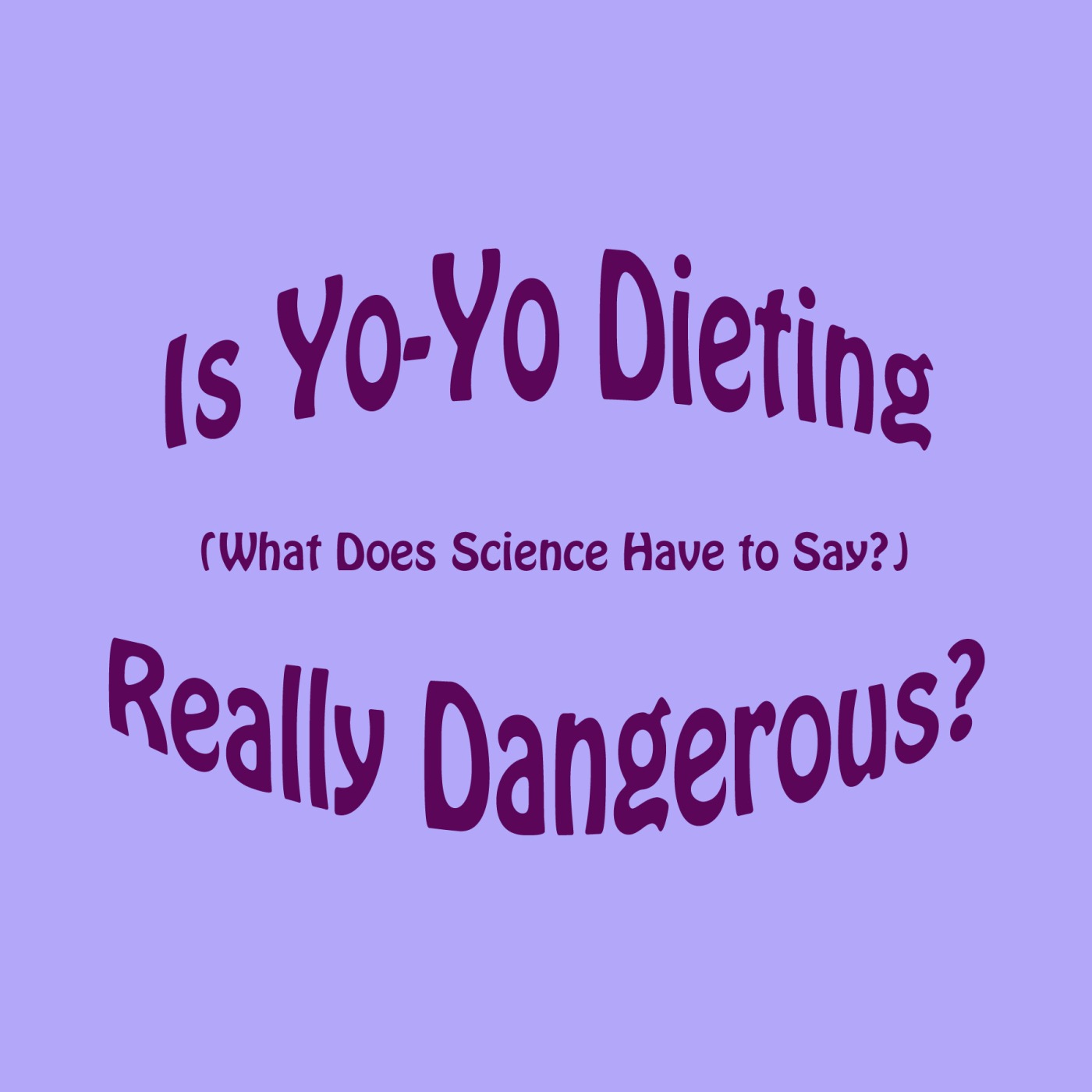 This is one of those things that we hear so often and it just sounds right so we accept it as gospel, but is it true? I was wondering about this one day when I was thinking about someone that I know has struggled with addiction. Then I thought about my experience asking for a champex perception from my doctor when I wanted to quit smoking. Then I thought about all of the people who seem to go up and down like yo-yo’s weight wise especially one bikini fitness competitor in particular. There’s also an emerging trend of treating obesity like an eating disorder (binge eating disorder) like any other then does it have its roots in addiction too? If that’s the case the language we use for yo-yo dieting really doesn’t match with how we treat addictions. It got me to wondering only one of these two scenarios can be true. The traditional one that yo-yo dieting is more dangerous than just maintaining a too high weight all the time because it’s extra hard on your body. Or a newer idea that being overweight is an outward symptom of the addiction of binge eating disorder and time free of the addiction is a step toward sobriety and good for your overall health.

Now I’m not an expert in this field, it’s cell biology that I’m an expert in and with the cells of your body in mind yo-yo dieting doesn’t seem like a big problem. But like I said I’m not someone who is at all an expert in this field but I can read scientific literature like a mo-fo so that’s what this is, a review of the peer-reviewed scientific literature on the subject. On a personal level it made me think of my dad a lot. He was overweight, not by THAT much but the complications of his weight ended his life very, very early on. He did a bit of the yo-yo thing but in all honesty I never remember him getting that far with any diet. Now I have a friend in the some position who does the yo-yo diet thing in a big way. So let’s find out if you loose and gain the same weight over and over again is it worse for you? For the purpose of this discussion let’s assume that it’s just that the same wight and you’re not gaining extra each time.

This idea can be traced back to one original paper from K Brownell in 1985 when she published her paper in the journal phycology and behavior. That paper showed some pretty significant differences in the speed of weight loss in a subsequent calorie restriction after a first weight loss on the same number of calories in rats. Specifically it took the rats 21 days to loose the weight the first time and about 42 days to loose the weight the second time on the same diet. That’s pretty dramatic right? So the idea that it was harder to loose the weight the second time was born. She was also the one to coin the term yo-yo dieting in that paper but fun fact it’s referred to as wight cycling in scientific literature (1). From there the idea grew that it was harder on your body, that more would be fat than muscle the second time, that you’re just gain more back later and that if you’re just going to gain it back anyway its better for your health to just keep the wight on. Since then way more research has been done including by Dr. Brownell herself.

I think from there the world of trainers and lifestyle magazines just kept repeating the same story over and over. Sometimes I’m sure just to fill column inches but I think also with the best of intentions urging people to make a lifestyle change rather than just following a new fad diet. When I think about this as a biologist this never made a whole lot of sense to me. Sure carrying excess weight is really bad for you for sure the thing is fat is stored in specialized fat cells that are designed to shrink and grow with feast and famine cycles. If this is true why do bears just keep coming out of hibernation year after year? If caring excess weight is so bad for you isn’t a break from that condition, however brief, a welcome break?

How we think about addiction

When someone has an addiction that is harmful to their health no one especially medical professionals say repeatedly trying to get clean is just a waste of time and likely to kill you sooner. I remember talking to my (amazing) doctor at the time about my smoking history when she was prescribing me a medication to help to stop. She noted that my history was significant but so was the fact that I had quit once before for 9 months. What?? No matter what the addiction is alcohol, stimulants, opioids or something else that has disastrous effects on our health we’re happy to see the person ‘dry out’ or ‘return to a healthy period’ during a sober break, even if it doesn’t last that long. Often the benefit to their health is outwardly obvious and we just hope so hard they never get back to that bad state before they try again.

So is yo-you dieting dangerous?

Short answer, no, not really. I’m as surprised as you are by this but what surprised me more was just for how long scientists have known this and published about it. Remember that original paper came out in 1986 and was based on research done in rats. Side note if you want to read a little bit more about the peer-review process check out this one about science journalism from a few weeks ago. With such a dramatic result lots of research groups jumped on these questions pretty dang fast. By 1994 we knew that there was no increase in the amount of fat deposited the second time around (2), that there was no subsequent decrease in the basic amount of calories you burn in a day (3), that is didn’t make it harder or slower to loose the weight again (4) and by 1995 that weight cycles didn’t increase your risk for heart disease (2). It turns out weight cycling also doesn’t effect your blood pressure (5).

In case you were thinking that we solved thins in the 90’s and nothing has been done on it since well you’re wrong. Since then we’ve found out that weight cycling has literally no negative effect on a person’s lifespan and this was a meta-study of over 20 other studies  (6).

These studies were really well done too which is to say done the way we expect science to be done. Some were laboratory controlled diet studies where patients dieted then stopped and then lost the wight again. Others were epidemiological studies where subjects were interviewed about their wight history and those that had repeatedly lost a significant amount of weight were no different then those that had never lost it.

So hearing this made me think what about mental health though, if it’s not hard on the body maybe it’s hard on the head. Well maybe not as hard as you’d think this study followed women over 12 years and found that there were no major differences in the overall mental health of women who had been through multiple weight cycles in any diagnosable disorders. However it did find a slight uptick in depressive symptoms (not diagnosable depression) in women who were frequent yo-yo dieters (7) another found the same link to depressive symptoms and also a link to a higher incidence of binge eating, which is not exactly surprising (8). It’s really hard to tease out there if the repeated weight loss caused the binge eating, and for that matter the depressive symptoms or that a higher incidence of binge eating lead to the subsequent weight gain. But there were no higher incidence or diagnosable or treated mental health isssues in yo-yo dieters.

Isn’t it crazy that something we all, myself included, bought into with such blind faith doesn’t have it’s roots in truth? I actually did find one recent study from 6 weeks ago that said that mice who weight cycle are actually healthier in the long term than those that just stay obese but for that article I’ve decided to keep it to human studies. So are you shocked to find out that yo-yo dieting isn’t bad for you. So this means if you try and later fail it’s really not doing anything bad for your health. Maybe that wasn’t exactly the right way to put it if this is what’s holding you back from trying, even if it’s again, don’t let this old idea hold you back.

Read the references I read, I know that the formatting is a bit lax but you’re not my PhD supervisor so you can’t make me fix it!

1.Brownell et al. 1986. The effects of repeated cycles of weight loss and regain in rats. Physiology and behavior.

2. Mus et al. 1995, Is weight cycling detrimental to health? A review of the literature in humans. International journal of obesity.

2 thoughts on “Is Yo-Yo Dieting Really That Dangerous: What Does Science Say?”