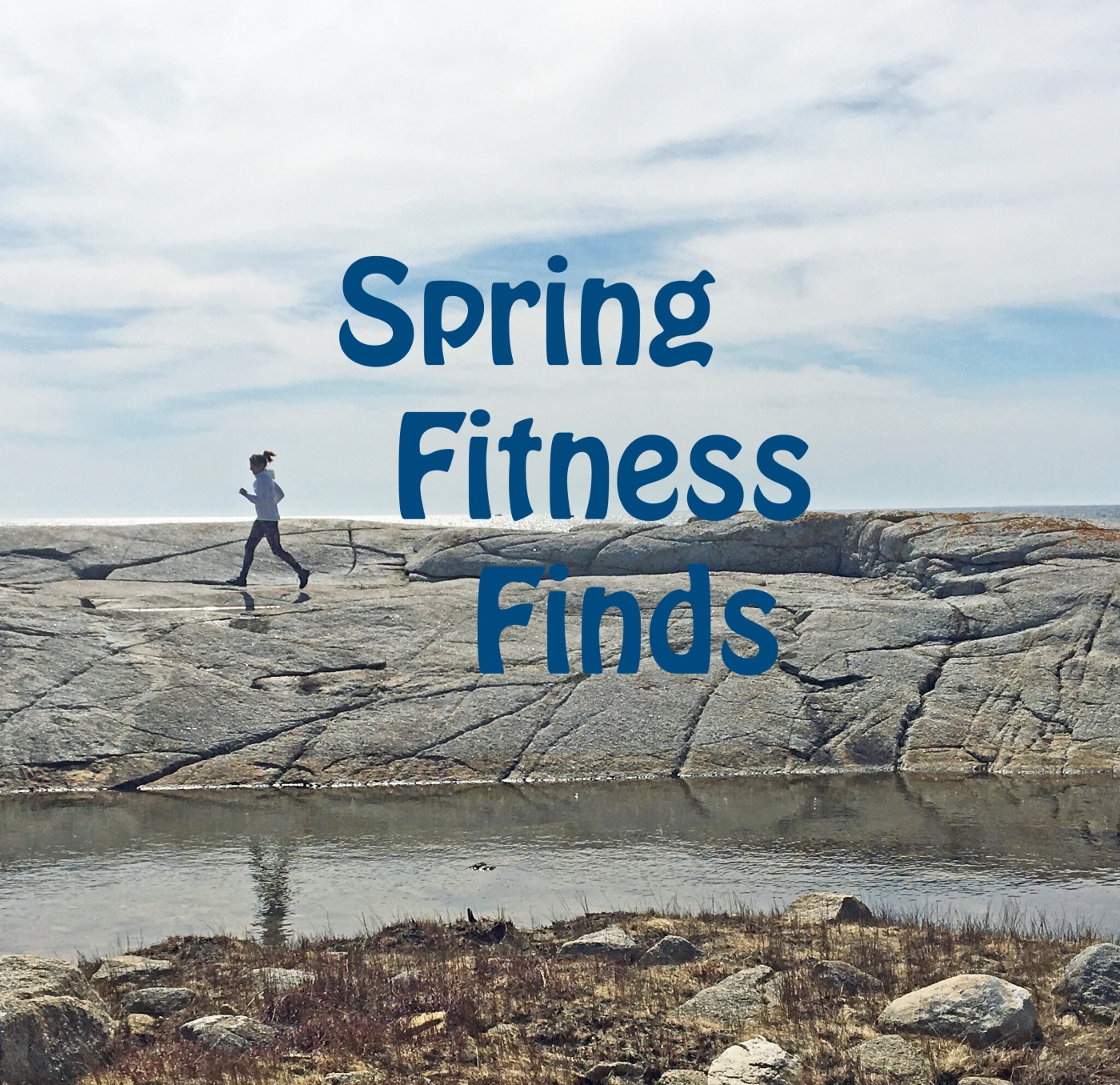 I know, I know this is a tad late for spring but these are the things I legit discovered this spring or saved me this year. This is in no way sponsored or contains any affiliate links it’s just 100% stuff I loved while training for my half marathon this spring. Now a word about spring in Canada, it’s a freakin’ mixed bag. One year my mom went to Thailand in march and sent me a screen shot of the weather 25 (Celsius) and sunny. Well I sent her a picture of my digital thermometer 28.5 in Clayton Park, shoulda saved the airfare! This spring however was wet, cold and ideally made for high end winter tiers not running! So take that into account as you read this it might seem wintery at times. 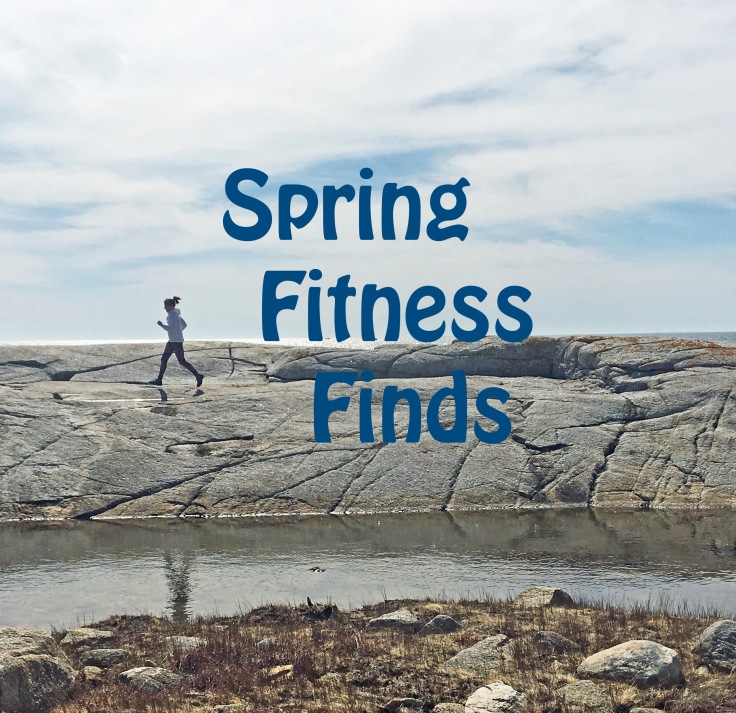 If you’re reading this in French on  Equilibreplus it’s stolen content from www.getwifed.wordpress.com

I’m starting off on a hopeful note here because why not? So after all this running is over I’m going to train for an olympic triathlon in July. So I’ll be swim training in the lake at the end of our driveway very soon. Historically I’m a very strong swimmer as a former lifeguard but I’ll be out there a lot and the lake is about 400m long. The guards cover the beach but not the lake and get off at 6 long before I’ll be there most days. Even if honey were to come watch me, he’s not a good swimmer at all! But… Last birthday I got a paddle board for my birthday. So I came up with the idea to drop a mooring in the middle of the lake to tie up to, after all we drop real moorings for boats all the time. Mine will be a little A2 ball attached to a cinder block and I’ll pull it up at the end of the year. That way I can paddle out, tie up and have a landing pad in the middle of the lake with a bottle of water and maybe a cheap clock if I need it! 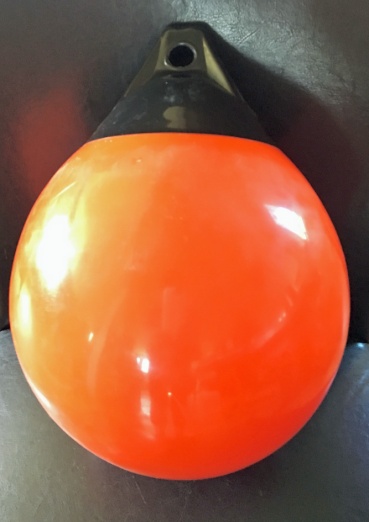 Saucony Faster than you Running Shorts

Alright this is a bit itchy with a B bit I love them! Unfortunately I found them thrifting but if you’re in love you can find them used online I checked! They are awesome, comfortable and well made sure but they have this amazing subtle detail in the waist band. Embroidered in the same colour as the band is the phrase ‘faster than you’. Sure it’s cheeky but… I already know where I’m wearing them this year! And it’s pretty fun to slip on a cute and funny pair of shorts when you’re heading out the door. 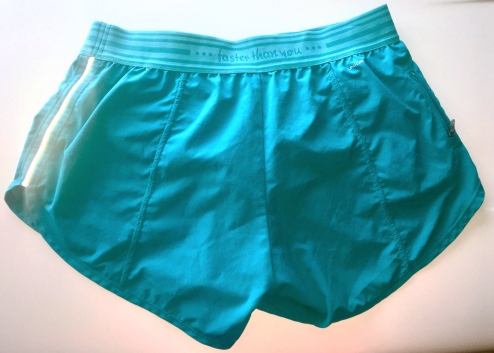 I made the scary switch this spring from Adidas to Asics. Switching shoe brands is scary for any runner and I think I might like my routines more than most. But the switch has been great for me, great for my knee and probably good for my pace. I’ve even bought three pairs so far. They haven’t been perfect and you can read all about that here but… For the first time in years I’m running without a knee brace so that’s a lot! For the foreseeable future I’ll be running in Asics.

But this training cycle I’ve also dealt with blistering for the first time ever. Last time I trained for a half I was religious about wearing special socks for any run over 9 km. This time I was all, “meh socks are socks, I’ve done this before.” So I put my blisters down to that in a big way. But as my feet were getting worse and worse I started looking at those Boston boosts with their soft and simple toe boxes and then I remembered their high price tag. As I was shopping for all those Asics and helping my trainee runners pick out new shoes all the shop helpers were saying those boosts by Adidas aren’t bad though… When my feet were at their worst I slipped them on for a few shorter runs and boy did they feel great!

These would be right at home on a winter running must have list too but it’s been that sort of spring. Two Christmases ago honey gave me a bunch of winter running gear and in a few cases forgot to take off the price tags. I remember thinking what the F are $130 pants going to do and that they were going to be, by far, my most expensive pants. Guess what they’re worth at least twice that! I wear these almost exclusively for every winter run. Two winters (and one training cold spring) in that’s well over 1200 km! They are virtually like new other than some lint stuck in the surged flat steams and the broken back zipper that I’ve shoved too much stuff in too many times. If they ever break down, which doesn’t seem like it will be soon I’ll be buying another pair. 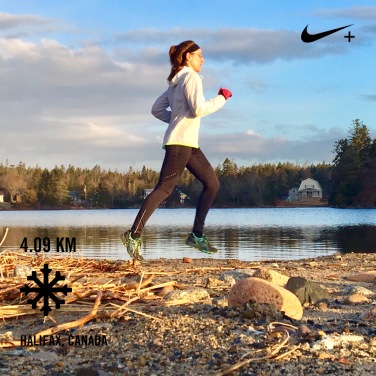 I finally bought some and thanks to whatever god you like I haven’t needed to ‘use’ it yet. Basically it’s wearable engraved tags that you customize to your specifications. I really like the shoe tags and they are the cheapest but I also bought an wristband that’s really comfortable too. You can check out my full (not sponsored) review here. But the cool thing is you can link it to your full medical history with a unique pin on the back. All that info either on the tag like your next of kin, allergies or full medical history is available to first responders should the worst happen. PS They are having their semi-annual super sale now!

For Christmas honey bought me the full super fancy, super expensive bath bomb set from Lush. I didn’t think I was the type to wash that kind of money down the drain and I still might not be but they are pretty awesome! I saved them up until those training runs got really, really long but I looked forward to throwing them into the tub. I even made a few blue and pink ones for the early days. I do prefer the bomb style to the melt ones as they don’t leave you as greasy for taping up on that Tuesday run. On some level I did prefer the ones I made, they were less scented and less likely to irritate my more sensitive skin. But they fancy ones are pretty fun to watch too.

I spent too long wearing for a brace for my runner’s knee. This winter and spring I resolved to finally do the right things for it like physio. But after asking some medical type friends and really diving deep into the literature on runners knee I decided to go the tape route. I wrote all about my early experiences here. I’ve pretty much used it on every run this cycle except the few short mostly slow easy walk with my trainees. It’s likely a bit of a security blanket a this point but I’m at the not changing anything now stage. I did find and test this product from overseas which is an exact match if you’re looking for a cheaper alternative. 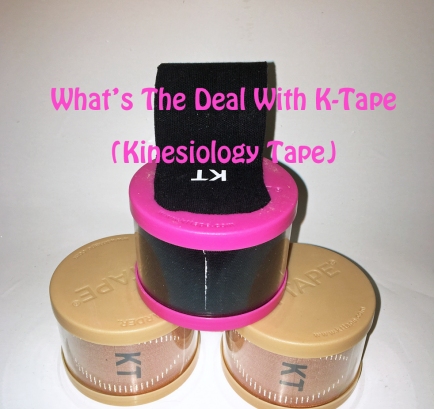 Almost or at least, I’m not sure anymore, 5 years ago I became I non-drinker and I don’t miss it one bit! Other than celebrations and new years I was never a big champagne drinker but I did like it an it always makes you feel fancy. I forget exactly why this spring but honey bought me a bottle of the fake pink stuff and I saved it until after a Sunday run and it felt like such a treat. So for most of my really long runs this cycle I chilled a bottle before hand. Really it’s just fizzy grape juice but it was really fun, refreshing and something I looked forward to while I was out pounding the pavement. Plus you can drink the whole bottle and still go out and buy yourself cake when your done. I should mention honey really loves his near beer and this is his favourite brand. If you’re touchy with any alcohol at all some near beers are 0.5% and some are 0.0% such as Becks. If you’re looking for another thing to look forward to and bribe yourself this might just be it! 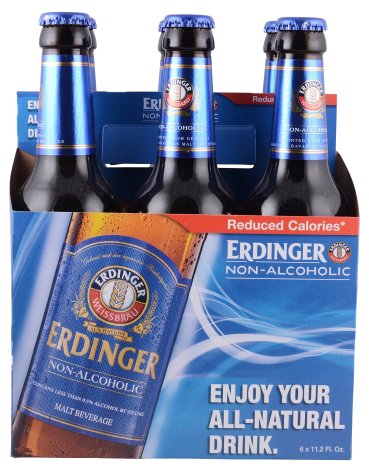 I know that these spring fitness finds are perhaps a bit late but most of them are not all that specific to the season. That’s probably because we didn’t really have spring and there are a pair of shorts and winter pants on the list so I guess you’re covered there. What things did you discover or re-discover this spring?

One thought on “Spring Fitness Finds 2018”