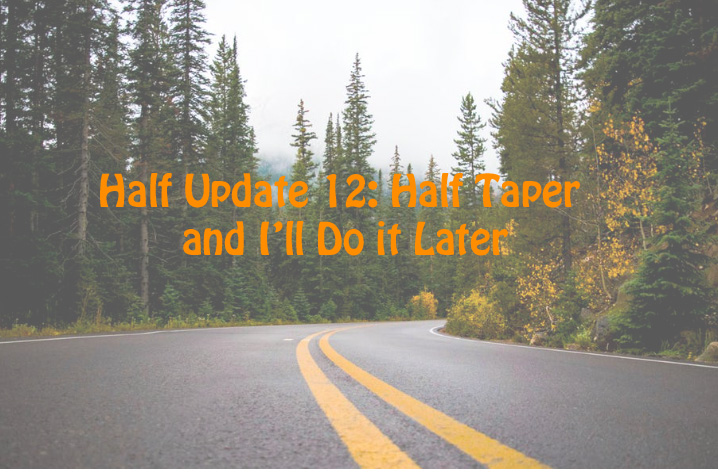 Oh this week, 26 km four runs no problem right? Circle back to my first update when I decided to do a half at Bluenose and I had always said it’s too early to do a 1/2 in the year, I can’t since peak training is as my busiest part of the year and I don’t like to be cold. While that last one is totally inapplicable to this week but it’s true I don’t like to be cold. Too warm any day but too cold never. While that super cold spring I’ve been complaining about it turns out it might have been saving me from weeks just like this. Since it’s been so crappy no one has been calling desperate for their boat stuff to be done. But this past week it got warm and everyone wants their boat in last week all of a sudden, happens every year! This time of year May and early June is brutal for me and I seem to repress that every year. Our days are getting longer and we’re in full swing work wise. Plus it’s float season and we end up desperate to get floats in at high tides no matter how tiered or busy we are otherwise. Tutoring in the evening is in full swing plus there are always some last minute add ons. IB kids are in exams now and the regular program kids are the first weeks of June. Plus there are some social things that go on this time of year. Add to it this year we were ‘stuck’ on a job for longer than we anticipated so we’re also behind there but truthfully that’s almost the case.

This week we decked out two wharfs for another local company, fixed a rotten sill for a mason friend at his job, added shelves to a pantry and then did them again right after a foot lower, installed all but two (that need work)) of our ramps and floats, hung some test kitchen cabinets at our house (yeah), installed a set of stairs, organized the yard for the season and burned the neighbours yard garbage for him in our pit. Plus we lost a day to rain and some social stuff too.  And while I did technically skip a run I got all but three of the km’s in and I think I get a free pass. That’s because everyone wants their wharf installed at the water at the bottom of the hill no one ever dares to be different and says just but it next to the house and wharf stuff is heavy, sturdy, pressure treated green timber. That means all that material has to be carried down the hill and the old stuff back up. No one ever wants heavy machinery on the lawn. You might think I get a free pass on that but walking up the hill empty handed is likely to get you pushed in the cold ocean! So basically I spent the week lifting heavy! I’m not complaining though wharfing is genuinely my favourite of all the jobs we do. It’s physical and outdoors and it often involves paid swimming, boating and  paddle boarding. So here’s how my training this week broke down.

Tuesday: 6 km. I went with my trainees early in the morning and I wish I had something interesting to say about it. We all did the warm up together then I went with my stepdad for 30 minutes of straight running. We stopped back by the house and picked up my mom and we took a fun picture on the beach near her house. In lieu of something interesting to say about this run I’ll confess that as a teenager that’s the beach I went to most days to smoke thinking no one was the wiser.

Friday: 6 km: After running with my trainees on Tuesday I wanted to give the little things that peak week and the long training weeks leading up to it had done to my body time to heal. I had blisters on my feet, corns on my toes, ingrown hairs where my capri pants hit and some issues with the downtown but not really a sore knee. So I took the maximum time off between runs this week and opted to stretch them into fewer longer runs. It’s a strategy that worked by the way. I’m hoping that my full taper this coming week resolves them the rest of the way before race day but they are all greatly improved. After a couple of 12 hour wharfing days I snuck in a last minute run before dark and once again I had the time to tack on an extra km. I was really tiered for this one but it was a really nice day and it felt great to get out there. 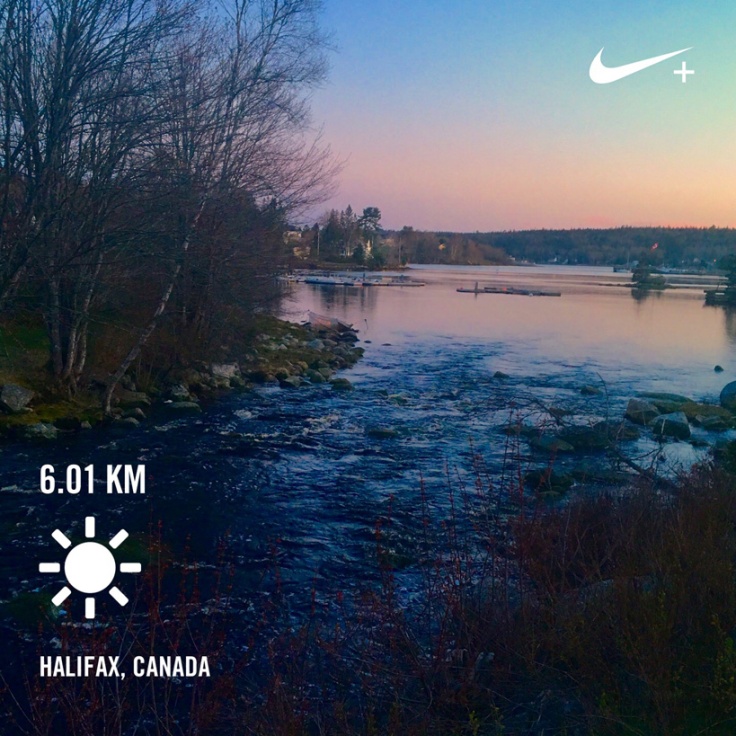 Sunday: 11 km: We’ve been working with the tides all week dragging them during the day and hooking them up at high tide. Some might not know that the tides vary by about an hour a day so high tide changes times every day this past week it started around 4 and moved to 7 this weekend. So after my late afternoon run it was back to work. I have a favourite 10k route that takes me by two beaches and doesn’t repeat any ground and I added a in and out on a little road along the way. For the storey behind the picture here, I’ve been trying to get a cartwheel for two weeks now and it’s not as polished as I had imagined it finally happened a week before race day. So remember that surprise stay tuned it’s happening this week and i’m stoked!