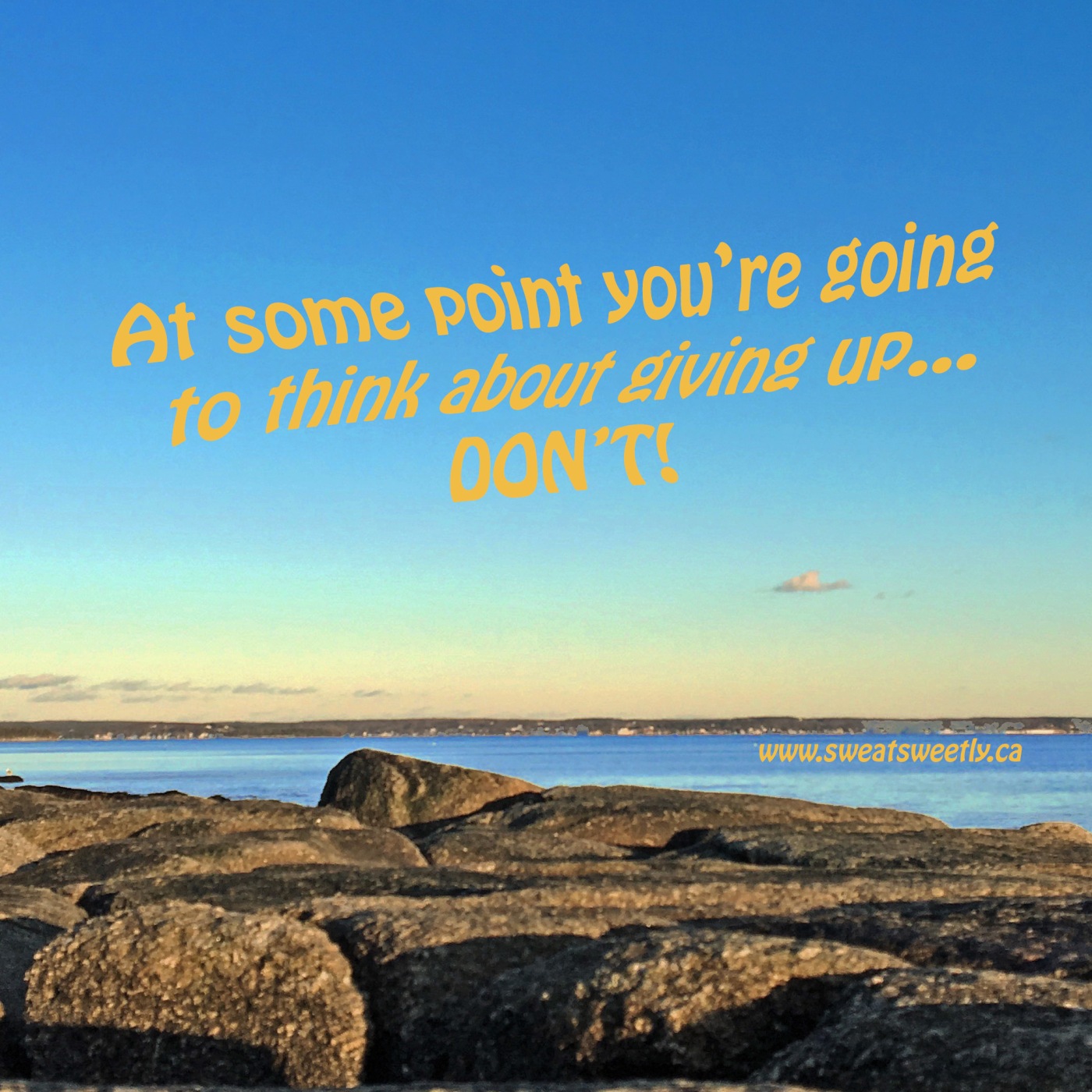 Want to know a fun fact about me and my racing? Well maybe not that fun but still a fact, almost every long, big, hard race I’ve done I’ve thought at least once about giving up. At my first half marathon the impending heavy rainfall warning (and self doubt) I actually asked a race official at the start line what to do if I wanted to bail at the halfway point before the second loop. Turns out that was a pretty easy option should I want to. During my last one I thought if I tell my mom to go to a certain intersection she can just pay the cab when I get there. I’d like to point out it was also heavy cold rain that day too. My Olympic last year I considered just not doing the second run loop I’ve even considered cutting the odd 10k short.

I usually don’t have the same thoughts about training plans though. That doesn’t mean I don’t skip a run or workout or two along the way but the idea of embarrassing myself on race day usually does the trick. I wanted to share this because if you think hard about giving up, maybe you even make a plan like me, at some point you’re not alone, we all do sometimes. One of the things that makes me grow as a person is really, really wanting to give up and then not doing it over and over again. If you ever feel like giving up on a goal, don’t! Crushing it is so much better!