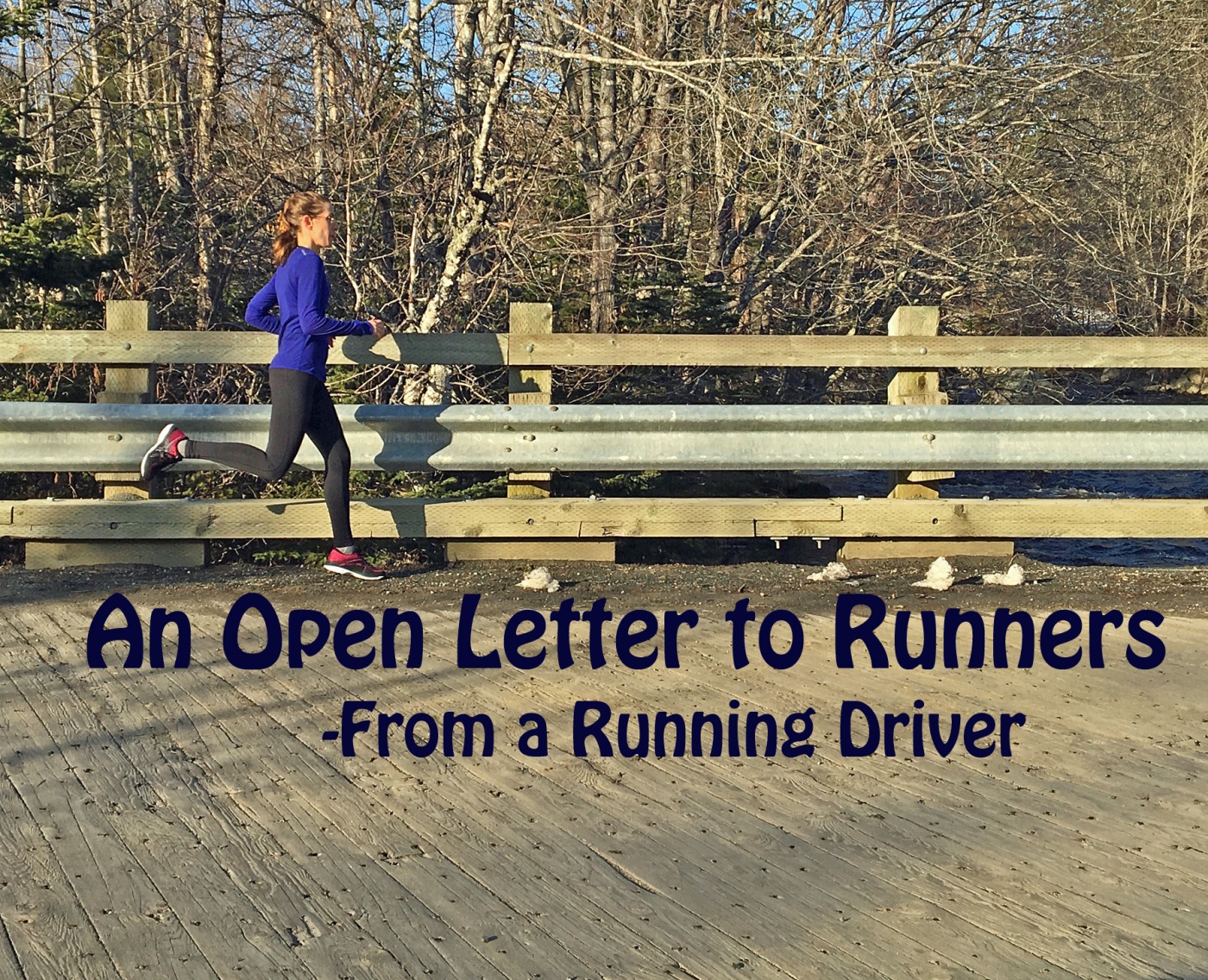 Last post I threw a ton of shade at drivers and there is plenty to go around. This time we’re on to runners because ya’ll do some stupid stuff out there, me included from time to time, but I digress. We’re not talking about your run of the mill stupid stuff like this stuff. But rather you’re nuts, crazy and to a large extent endangering your own life. I’m a runner too but mostly I’m a driver. Of all of the things I don’t want to hit people are at the top of that list! If you’re a runner you’re out there all the time and you ought to know better! So here goes! 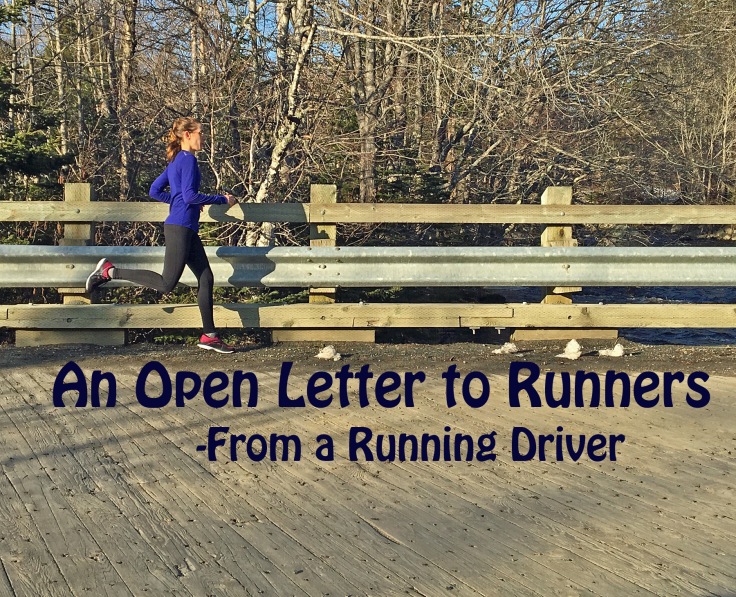 Dear runner’s of the world,

I get it I’m a runner too but I’m also a driver, actually I’m mostly a driver. So I get that you are out there more so than your average driver and I REALLY don’t want to hit you! But some of you are making it hard! I’d like to think I’m never this runner but chances are I have committed some of these sins at some point. Actually I did the first one today. The thing is no matter what the rules say a runner is going to loose every single time when it comes to picking a fight with a car, even a Prius, so you gotta respect that!

Let’s start with running on the road like three abreast. There’s no reason you can’t do this but pull off and in line well ahead of any oncoming cars. I did this today for the first time because a recent snow fall meant I had to take my trainee runner’s on the road. My mom was super freaked out by the idea and since I was coaching them along. But on stretches where we couldn’t see that far, like turns, we assumed there would be a car and ran single file on the shoulder. I get the more people you’re running with the fewer spots you can see far enough to run abreast. Certain groups seem to insist on running in wide groups to the last moment even not moving over. The thing is drivers tend to drive where they look and if you’re making them nervous by taking up a whole lot of road they’re looking at you too much. The other thing is its kinda rude too. Sure you might be entitled to the lane, hell you might even be running a race on an open course but making drivers swerve, slow down and time their approaches to avoid you makes them work harder than you just pulling onto the shoulder for a second. The other thing is some are high, others tiered, in a car fight with their significant other, texting or just not that good at driving and you might be asking more of them than they are capable of in that moment. Whether they’re at fault or lacking skill you’re going to be the looser in this situation. When you see a car down the road put the driver at ease by dropping into single file on the shoulder.

There’s a new guy running around here now you know the type, you first see them shortly after the first of January wearing the wrong clothes and looking miserable. Most of them you never see again but the odd one hangs on, like this guy. The thing is he’s running on the wrong side of the road with traffic. Out here we don’t have sidewalks just the shoulder and that’s lacking at certain points on the twisty turny road. Even if you’re running in the city on wide separated sidewalks it’s best practice to run facing traffic since the brain is hard wired to notice faces not the backs of heads. Accidents can happen anywhere even on rarely traveled residential roads. Give yourself the best shot possible and run facing traffic. Also I promise to fill in our newest convert around here. It’s just the last time I saw him he looked so happy to be waving at a runner and he didn’t know a car was approaching him from behind. Next time for sure though!

Your OOTD (outfit of the day) sucks! Yeah that’s right you! Bright colours are always the best bet but running companies seem to love to make black outfits for us. There is this one evening runner in a neighbourhood I tutor in that runs all in black. In the dark, the rain and the fog he’s always head to toe in black in the dark. A few times he’s popped out of the dark and fog at the last possible moment with no reflectors or lights. If you’re banking on the reflectors on your clothes they are woefully inadequate and any on the side or back are utterly useless. Try to pick outfits for top visibility for the conditions that day, even if they don’t match!  For certain things try not to buy the dark version at all. Things like running coats, that one big sweat shirt you own and expensive winter pants that you’re not likely to own multiples of just refuse to buy black. Yes it’s chic, goes with everything and is slimming but you’ll eventually wear it in the dark so keep it light. My one pair of winter pants is black but check out how I dress that up! If you’re concerned add reflectors and lights. Running in very effective camouflage in traffic at night is really stupid and you’re taking years of diver’s lives if not you’re own!

Crosswalk buttons are your friends… Use them! I worked and ran with a girl, a tiny, short girl who was also germaphobic and refused to push the crosswalk buttons. From what I can tell she’s still alive and running and that baffles me. Our town has a real car-pedestrian problem and not using all the tools at your disposal is really, really stupid. It’s also the law, a law that’s there to protect you! Drivers look to those cues for information. If they know a crosswalk has overhead flashing lights and they’re not flashing it’s not crazy at all for them to assume there’s no pedestrian there. This is just one example of taking stupid risks. Darting out in front of traffic, rushing the red being in the road on blind crests and curves is a risk you just don’t need to take. I’m not saying that you deserve what you get if you take stupid risks but… well I’m not, not saying it either.

Looking back this open letter just isn’t as harsh as the one I wrote to drivers here but maybe that’s because I have a soft spot for runners. Or maybe it’s because I recently learned runners are the soft spot when you hit them. OMG don’t worry I didn’t hit a runner, I hit a deer that weighs the same as a runner, specifically me. She was a big doe at 120 pounds and I hit her at over 100 km/hr and she exploded! Check out this post for pictures of what she did to my truck but I digress, again. It made me realize though just what little chance 125 lb me has in an auto related incident, literally none. Should it happen though I hope I poop all over that person’s car too and strip it to the frame as a final act of vengeance but… I’ll never know what really happened and neither will you. Whether legally you’re in the right or the wrong it won’t really matter for you after the fact. So runners out there smarten the F&%K up and stay safe!

Remember though as drivers it’s our responsibility to keep those runners safe, even the stupid ones! What crazy things have you seen runners do that made you think, “ummmm… that might not end well?”