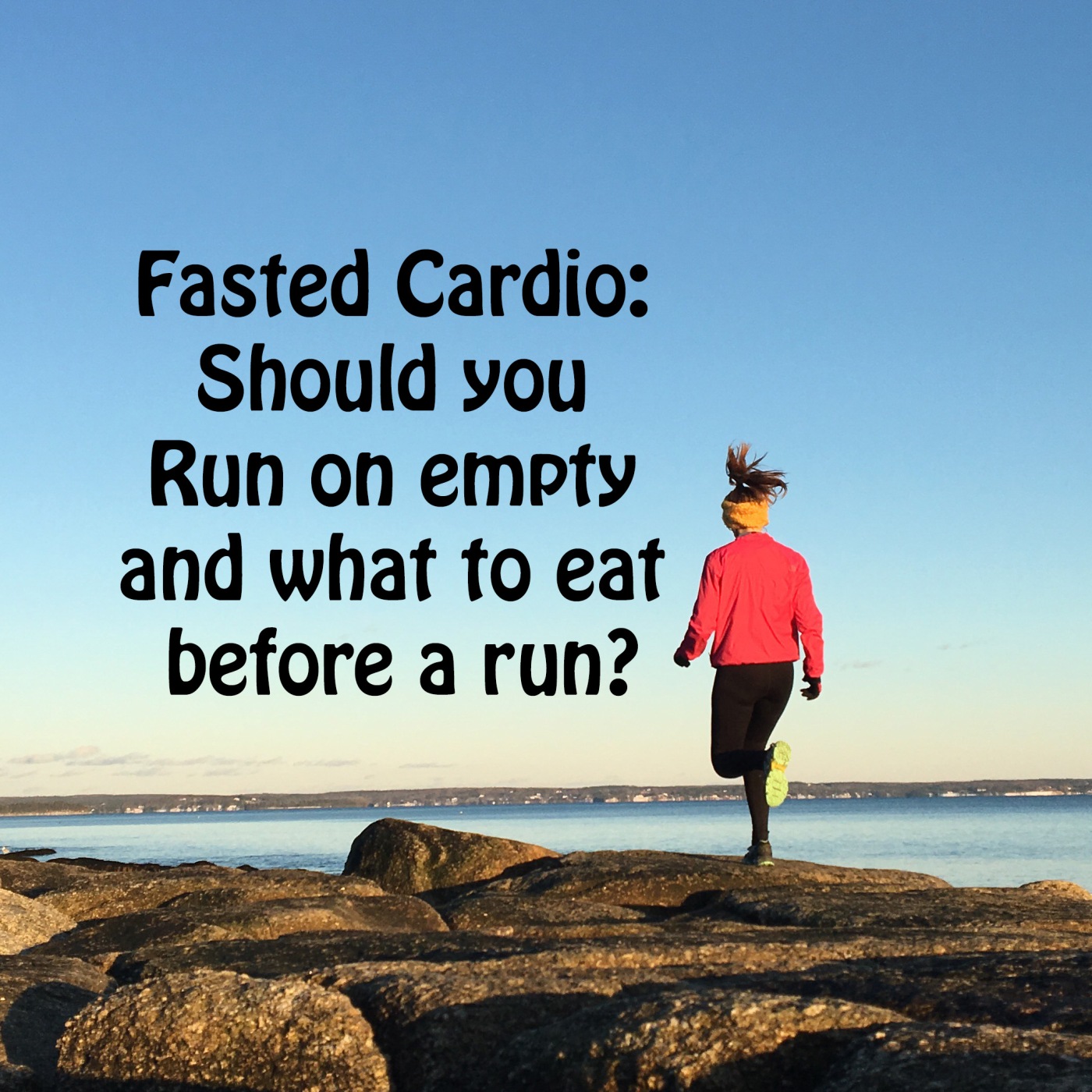 Today is all about fasted cardio. What is it? Why do people do it? And perhaps most importantly should you do it? We will did into a little bit of science here along the way but this time I’m going to put my opinions out there at the start and that is a really strong meh! If you like running before you eat then do it. If you’re trying to BQ but like to eat before you run that’s probably okay too. I do it sometimes but my goal is always to get something in first so I’m going to give you ideas for that too whether you’re trying to lose weight or not. This is going to be in the context of running but it literally applies to every single sort of workout out there. The reason that we’re going to focus on running for today is because fueling properly for a run is hard. Too little can be dangerous, too much and you and your performance suffers and the wrong stuff, well then you might poop yourself. So runners tend to obsess over this hard.

What is fasted cardio

Basically it is what it sounds like working out and not eating first. Specifically not eating anything (even sugar or milk in your coffee) for 8 -12 hours and then doing some cardio. If you are a first thing in the morning runner you might have been doing this for years without even knowing it.

So the science on this one is mixed. Let’s look at at why you might want to do it first. Some studies show that you burn a little more fat when you workout in a fasted state. Not a lot more but about 10%. However other studies show that this effect doesn’t continue long term after the workout. Through the day your body may compensate for your hungry run. The other reason you might want to think about fasted cardio is that some studies show elite athletes improve faster when at least some of their workouts are fasted. However all athletes still showed similar improvements in performance over the whole program.

Why it might not be such a great idea? Well this isn’t a magic bullet for targeting cellulite thigh fat or any other fat for that matter. In fact some studies showed those who did more fasted cardio lost muscle mass or failed to add it at the same rate their snack-y runner friends did. In other words fasted workouts might prevent you from gaining muscle or maybe even lose some. You’re body uses carbs first for fast energy and with out them around you might feel tired, weak, sore, and even nauseated or lightheaded. So fasted cardio is really only recommended for experienced athletes that are familiar with their limits already.

I sometimes fall into this category for morning runs and I will admit that it can make you feel light and fast. I do try to eat something before every run But sometimes I just can’t manage it because of my appetite and the time of the sunrise. If you prefer to workout on empty and you’re running for about 40 minutes or less I wouldn’t worry about it too much. But eating before working out can muddy the waters if you’re trying to shed some pounds. It might help help with fat loss but you might lose extra muscle mass too. Often people are ravenous after workouts and the longer or harder the more ravenous after the fact. Runners even have a special term for the phenomenon called ‘runger’. If you are limiting your food intake and you’re in the super hungry camp it’s totally fine to pan for that and hold off until later and save those extra calories from second breakfast. If you’re suffering from stitches on your runs not having anything in your stomach can help a lot.

But… I also fall into this category too. Before races I always jam some food in the pie hole no matter what. If I don’t eat I get jittery, shaky, dramatic and dizzy. Add race day nerves to that and the fact I’ll usually do the 10k or longer and I need to have food on board. You might have to eat before you run in the day based on how you schedule your life. If you love and evening run practically speaking you just have to eat that day before you run. It’s probably best to get something at least in before before a very long run. What long means to you is going to vary. As a general rule I like to make sure I ate before a run longer than 7-8 km. Though I wouldn’t usually fuel (eat on the run) for a run that short if I’ve skipped a light breakfast I’ll take some raisins with me just in case.

What should you do

Pick what you like but consider how the other side rolls too. If you never eat before your morning run but you’re training for a longer distance now consider aiming to get in a pre-run snack going forward.

Split the difference have half now and the rest later. Say you usually eat breakfast but you either deal with runger or that fat burning or performance thing appeals to you. Consider eating half of your breakfast before you’re run and half after.

Do what I do and take some fuel with you just in case you need it. I know it’s time to nosh on some rains when my perceived effort is very high yet I seem to be getting slower and slower.

Ideas of what to eat before a workout to perform

Generally, for most people you want something pretty light with carbs and protein and not too much fiber or fat. We all tend to be creatures of habit but really anything that feels good and doesn’t upset your stomach will do. If you want more ideas just google pre-race meal. It’s also great if it’s grab and go.

Personally I don’t really think that the benefits on this one make a strong enough case for going against your natural tendencies. Some people will like to eat something first others not so much and that’s cool. But since it really can go either way so it’s probably worth checking out how the other half lives to see if you like it. So are you a fasted cardio or a snack-y cardio doer? Would you even try it?