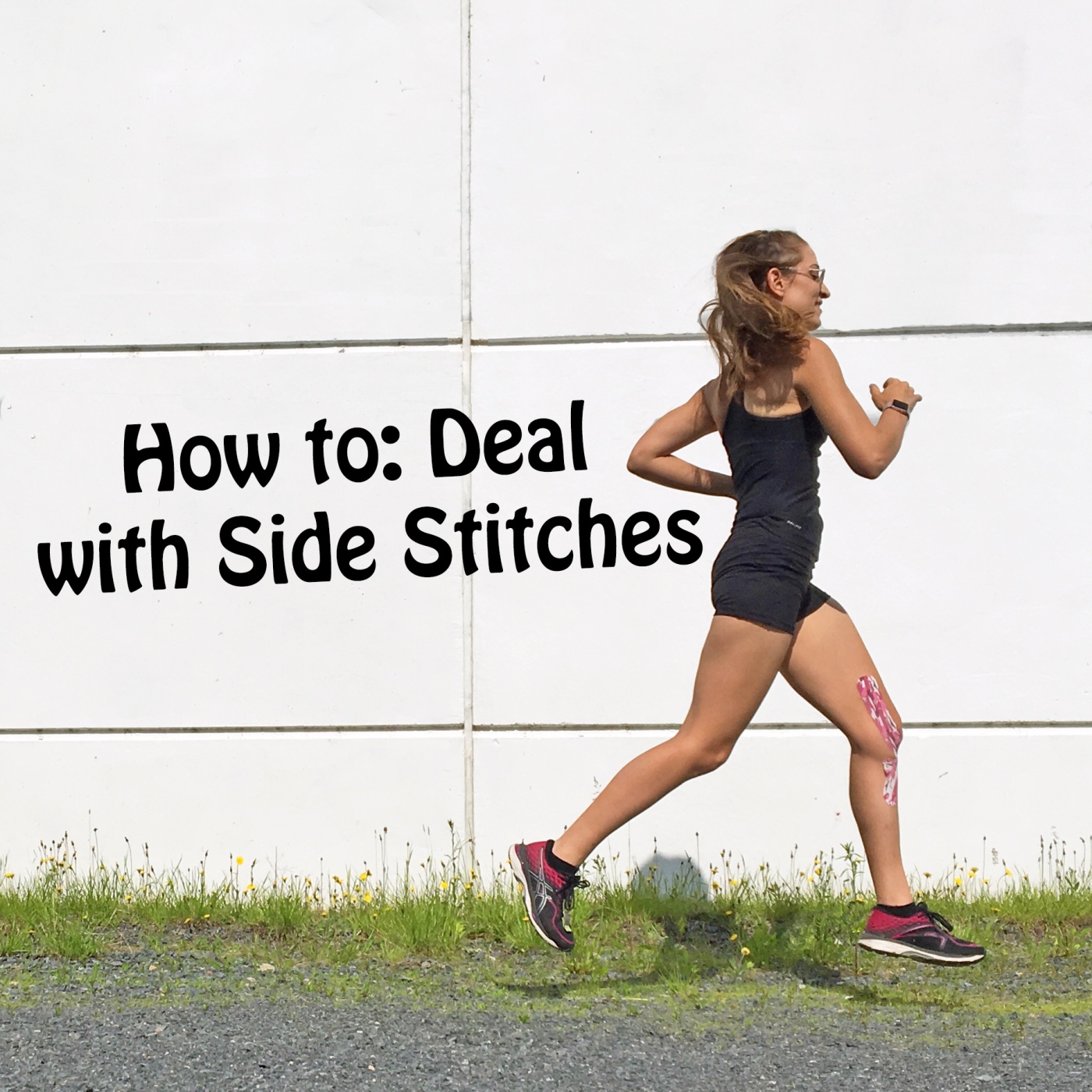 Ahh the side stitch, no fun at all! Though new runners can expect them more frequently rest assured they strike the experienced ones too. I got a pretty decent one during my last half which was less than ideal but I still finished. Even if it’s not been an issue for you it’s still worth knowing what you can do just in case one hits at the worst possible time. What is a side stitch exactly? Well we don’t know what causes it really isn’t that crazy? There are some theories though and definitely some ways you can prevent them and deal with them when they happen. We’ll get into when you can expect them, what might cause them, how to prevent them and how to deal with one in progress. Also some of my personal experiences with stitches and how I deal. So let’s get into it!

What is a stitch?

Classically, it’s just a sharp pain in your side, either one, while you are exercising, that’s it. Medically it’s referred to as a exercise-related transient abdominal pain (ETAP) but I’m just going to keep calling it a stitch. Even if you’re not an exerciser you probably remember having a stitch at one point or another. In researching this article if you get a similar-ish pain in your shoulder while exercising it might be part of the same biological mechanism. The pain can be intense and come on suddenly. Of course if you’re feeling it might be a bigger issue call for help immediately. A stitch will get better as you take a walk break, slow down dramatically or take a break. If that’s what you’re experiencing you probably just have a stitch and stitches don’t require medical treatment.

Officially we don’t know but the leading theory is that they are caused by an increase in blood flow to the liver and or spleen. Specifically it’s thought that intense exercise causes a restriction in blood flow through the portal vein leaving the liver and this causes the pain. More specifically the pressure within those organs causes the pain. That might be why most stitches are felt on the right side of the body, however not every single stitch is felt on the right side. Liver pain can also be felt as referred pain in the shoulder which does get me from time to time.

Another theory is that stitches are caused by the motion of exercise itself that causes the stitch through simple stretching of the visceral ligaments (the ones around your organs). But that also might be affecting your diaphragm too. However swimmers also experience stitches so the pounding motion is also not enough to explain the whole thing.

Other researchers say the culprit is shallow breathing associated with exercise. Here’s the thing though just breathing shallowly during life won’t give you a stitch. But it could also be a shortage of electrolytes so who really knows?

Anecdotally I do think it’s more of an issue for new runners and exercisers than the old seasoned ones. Both because you learn what to do to avoid them but also because your better conditioned with time. Which is to say even if you’re struggling with stitches every single time you get out there it won’t always be that way..

Running causes more stitches for me than anything else and usually it’s because I either ate too much or too close to my run. I do find it more of an issue at a higher rate of intensity but I also think clothes that are too tight can be an issue too. I probably only get one about 5 days a year and sometimes I know it’s pretty much going to happen when I head out too soon after a meal. Finally they are way less likely to occur for me the better condition I am in. Once I get one though I’m nursing if for at least half an hour if not the whole run. So they are likely to reoccur within the same session once you get one.

How to prevent it?

How to deal with one in progress?

– Exhale when the left foot lands

– Breath into the stitch

– Apply pressure release as you breath out and repeat

It will get better

The last half I did the race pace and my not for running zippered skirt lead to a stitch. It did impact my race in a non minor way but since I’ve had some experience with what I need to do to control one, I was able to manage it. I do that by slowing down, visualizing breathing into the stitch and frantically readjusting any clothes I’m wearing that are too tight. Someone once hold me to try to breathe into the stitch which makes no biological sense but it seems to work for me! Often science really can point us in the right direction but this really isn’t the case here. If stitches are something you deal with google and ask other friends about it. Some weird things have worked for me and some common remedies not so much. Keep at it though and give yourself permission to slow down or take a break. As you get more conditioned you’ll find you get fewer stitches and they get less intense. Try to see it as a sign you’re pushing your body to do a great new thing, albeit an unpleasant one.

Do you suffer with stitches? Did they get better as you kept getting fitter? What’s your top tip for dealing with stitches and next time one hits I’ll check it out!

4 thoughts on “How to: Deal with Side Stitches”