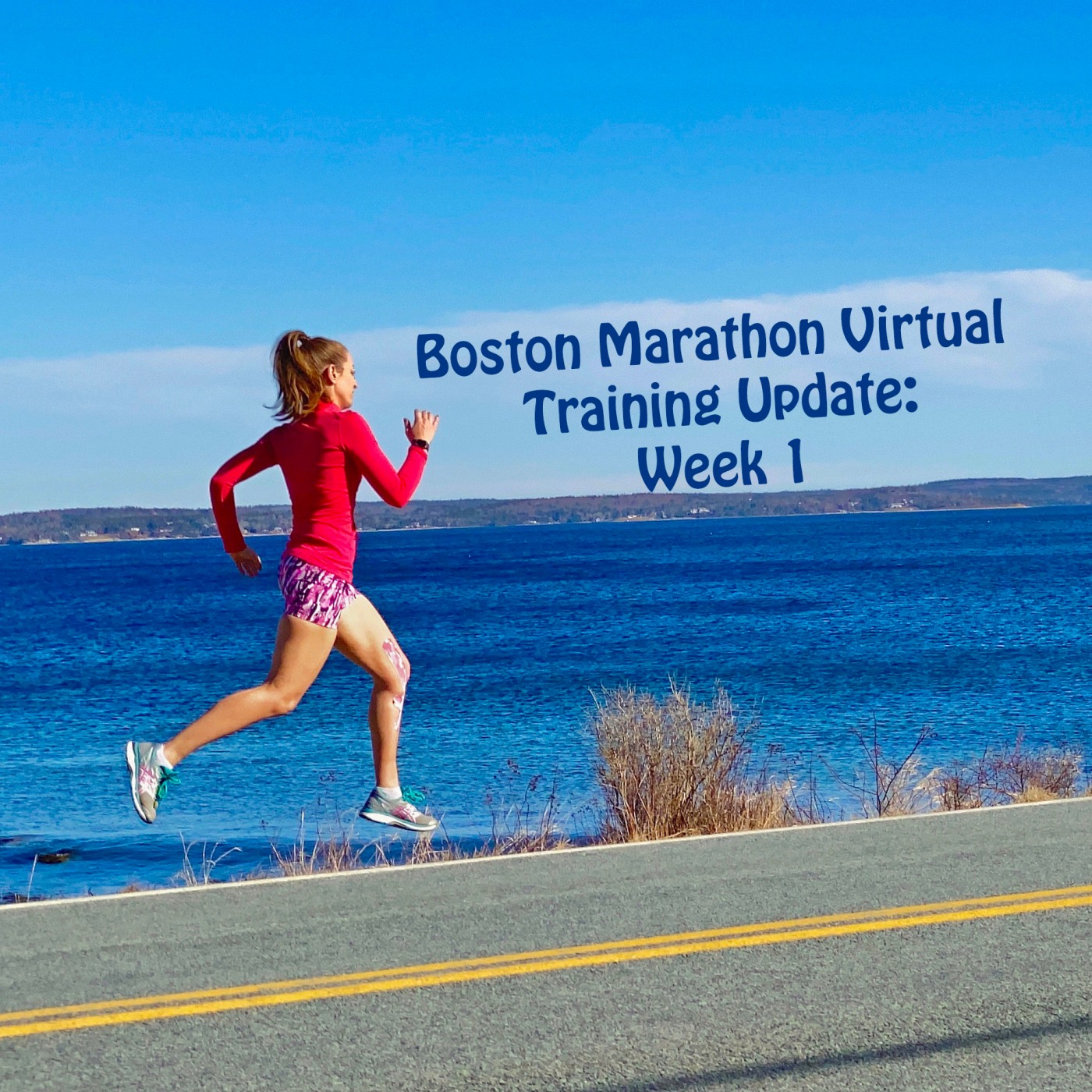 You guys… It’s happening… Week one of my first marathon training cycle is behind me! Yes it is by definition physically the easiest week but mentally the first week can be a doozy. At least it was for me. You can read all about the minutia of that in this Sunday’s post as well as the plan I chose but all in all the week went well I’d say.

Tuesday 5k: I should have done this run, which was my first in 6 weeks coming off a knee injury on Monday. I did have the time but we went out in the boat instead. Rain was called for so I really planned on putting it off again. I came home a bit early and it was lovely out. I still had time to make boxed Mac and cheese before our evening meeting so it was like mother nature was telling me today was the day. I’ve been very active lately and I knew I could very slowly cover the distance stamina wise but I was nervous about my knee. If the run went terribly that would probably mean that disaster for the whole freakin’ thing. While my knee was twingey for the first mile or so it did relax. After my run it felt as it had before so that was encouraging. It felt great and I was just a bit slower than my usual training run pace. I have been walking all the downhills this week though.

Wednesday 3k: I finished a bit before 5 on Wednesday too and the guy was late coming to pick up the floats from the lawn. This was meant to be my ‘speed workout’ so I ran a big hill once on this one. My knee felt okay on the run and immediately after. That evening though it felt tight and like I’d been knocked back a peg and on my rest day the next day too. I haven’t been pushing myself on runs since August 2019 and even then with the wedding I was pretty relaxed on those hard workouts then. It was very big bad wolf (huffing and puffing) on the uphills but I made it slowly to the top. Then we put the floats in and had a yummy picnic on them in the water right away. It was my first sports bra run and running skirt run of the year! Yeah!

Saturday 8k: This one had a really, really crappy build up, that said the run went pretty well. As you can tell my knee hasn’t been perfect and ideally I would still be resting it for a couple of weeks. I decided to tape it up and wear my most supportive compression socks. But if I don’t start training now I won’t have any chance of accomplishing this once in a lifetime dream. Which if you think about it is pretty heavy. I also drank upstairs, office instant coffee that morning which is a little hard on my stomach. So I got all sorts of in my head before I headed out the door with an upset tummy and shaky hands. For all that anxiety the run went really well and was ‘bathroom incident free’. The rain almost totally held off and although my right knee was a full 2 inches bigger than lefty when I got home it wasn’t actually painful. Today was also the day I finally did some physio exercises. If I’m smart at all I will continue with these but only time will tell.

Skipped 5k: Given my lack of base and knee issues I decided to skip a 5k run this week and resolved to do some physio exercises instead. I stand by this choice.

So that’s it my first week in training. Had I been injury free leading into this week it would have been very easy and the running really was. But mentally this week was a tough one, for now I’m healthy enough for what I have to do but I would say it really is on the edge. For this race it’s all or nothing, either I perform on race weekend and accomplish this or I don’t. There are no refunds and more importantly no second chances. I’ve decided that all I can do is try my best and if I fail well, that’s just a possibility I have to be okay with. The bigger let down really would be not giving myself the chance in the first place. Are you training for a marathon this year? How is your training going so far? Leave it in the comments below!

One thought on “Boston Virtual Marathon Training Update: Week 1 of 20”