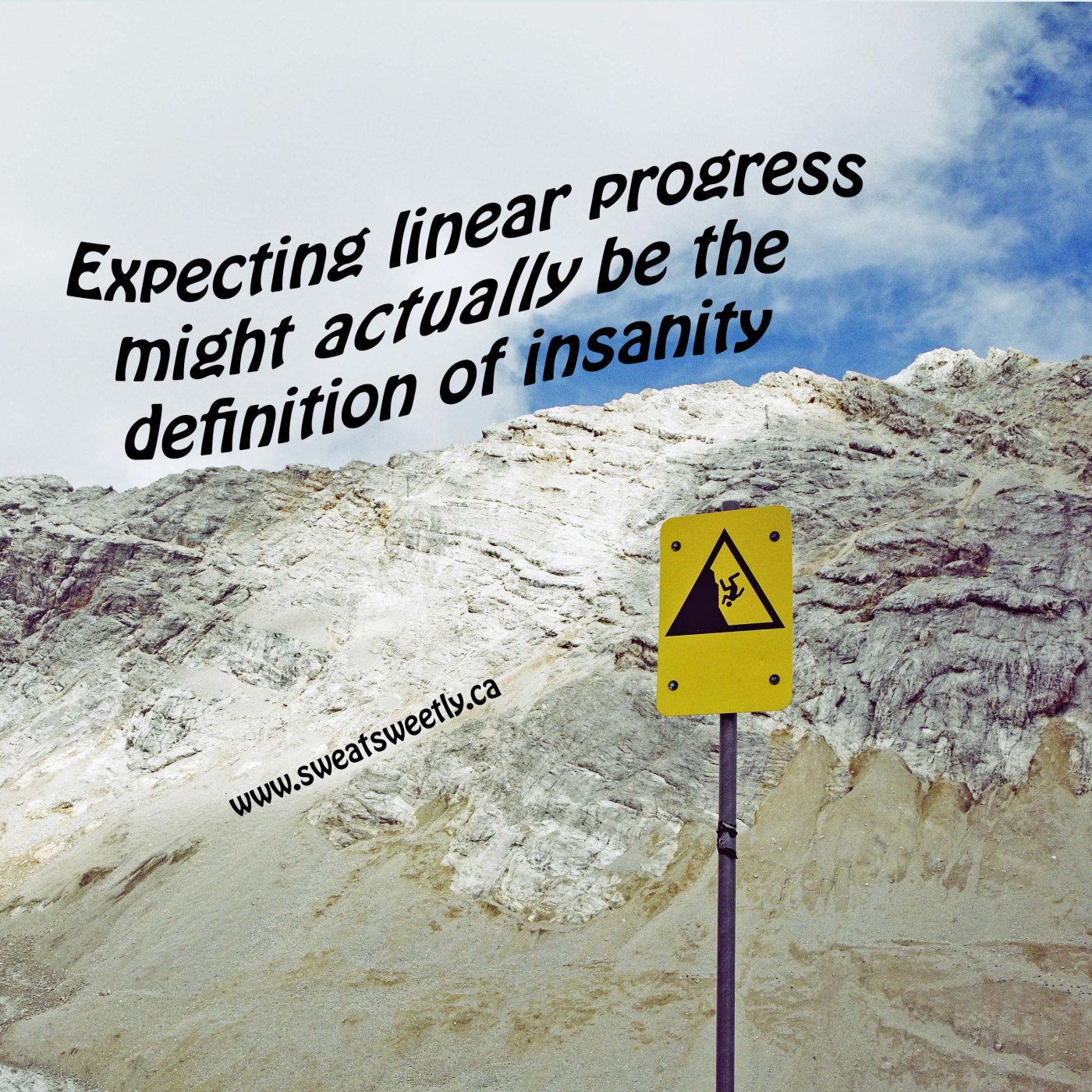 Life is hard and progress is harder. No this isn’t going where you think it is so read on we are coming back around. When we work towards something we are focused and motivated by the something at the end rather than all the baby steps it takes to get there. I’ve been thinking a bit about this the last couple of weeks mostly because of the project we are on. But also should I do a marathon this year…? We do knowingly take on huge projects from time to time and we can handle a new build or a full gut but those projects are usually a once every two year thing. We’re on a big one like that now and have been since November. Honestly at this point it’s starting to feel long.

At first and for the first 3 months we worked all out every single day and those were the steps that go fast. Then we put off the fiddley bits for as long as possible and what’s left just goes slower. That’s been driving me a bit nuts the last week or so. But it got me thinking. First off of course things are more frustrating when they move you to that end goal more slowly. So take it easy on yourself girl! Also it’s like anything else at first something new is really rewarding and your progress (from nothing) is pretty fast. To get to that finish line you might have to take the last few steps very slowly.

This week the tide is starting to turn though things are starting to happen faster again and the end is not totally in sight. The word “after” is actually starting to be said. It’s just like finding even more time to train for and even longer race. At first you’re all motivated and excited and it’s not that hard but later … Well then it’s mostly boring and repetitive and probably harder too. Anyone who’s ever trained to repeat a distance and smash a time record knows that it’s never as exciting and that new record isn’t guaranteed even after all that hard work. Here’s the thing though progress just isn’t a linear uphill steady climb. Some weeks go smooth others are a hard slog. Sometime you have a great big set back and you will get slower for a time even though you’re trying your hardest to get faster. This is the time of year to think about that and prepare for set backs and those weeks too. We as runners/athletes need to talk about the not so fun and hard stuff more than we do and how we got through it. Even if that is just “yeah, parts of it really sucked but I did those parts too.” Lots of people abandon their dreams because they buy into this fairy tale that you just trained consistently and easily and race day just magically happened. So this race season let’s all be realistic about how we’ll get through the hard times before they happen and share them with others too! That way we’ll all be sure to crush our goals and help another person through theirs too!