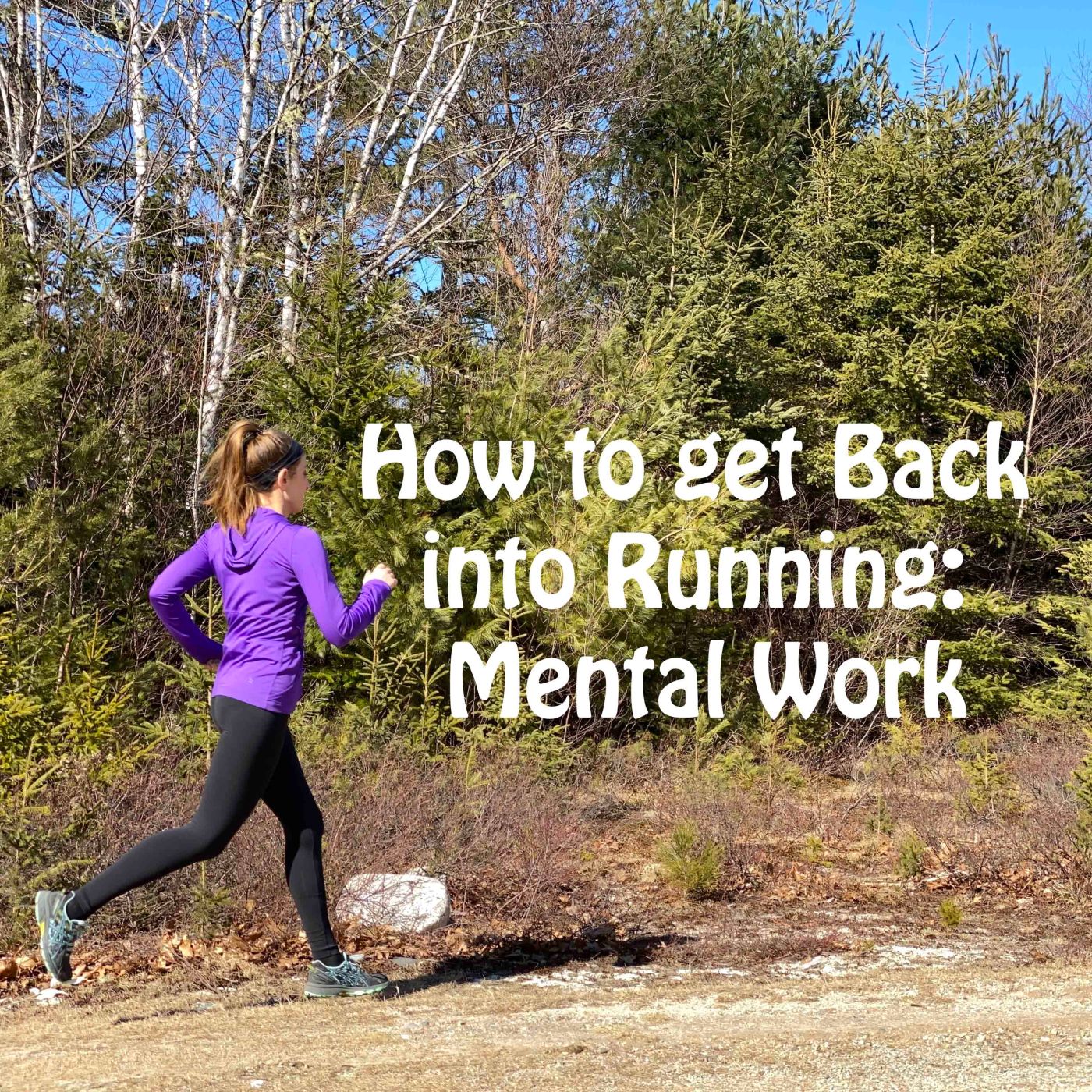 I’m willing to bet that for every runner out there exists another former runner that thinks about starting up again. If you’re thinking about it dreamily then that’s enough to know that it’s the right choice for you. Since you used to run you already know about all the crazy varied reasons runner’s love their sport. Lots of those once upon a time runners are probably looking for a reason to leave the house right now! One thing I firmly believe is that it’s never as hard the second time around no matter how long you’ve been away. You still have all that foundational knowledge, you still know what you like and there are way less doubts than you had the first time you started. I also think that even if you’re in way worse shape overall it’s still easier to get back to it then when you first started running on a physical level. You know your stride, how to conserve energy when it feels tough and that’s its totally okay to take a walk break for now. If you’ve been off after a long break a c25k plan is a great place to start from now. You can read more about that here if you want. We will tackle what you need, lots of ways to stay motivated and some practical tips too.

How I got back into running

I didn’t realize exactly what finally got me back into running until one of my mom friends (who was pretty tiered at the time) told me that running far away from her kids sounded amazing in that moment. Which I thought was a joke but I don’t think it was… I guess you can say a similar urge finally got me up and out the door. After a 4 year break in grad school I did want to get back into fitness in general and running specifically. It had been 4 months and I still hadn’t done much about it though. Then we had some not so great house guests who decided to extend their stay. You can read all about our houseguest ‘issues’ here it’s an old post so it doesn’t get the love it should but it’s a pretty good read if you are interested.

After about a week of dealing with too many kids, an untrained dog and well ‘those people’ I woke up early one morning to do yet another load of laundry that wasn’t mine and wasn’t in the best mood. I was fed up and wanted to avoid the whole situation for a while. All of a sudden the urge to run away for a while. It felt great and that was all it took to get back into running! Just like ripping a band aid off, the worst part is starting.

Write down your big ‘whys’

So you used to be a runner right? Not so much lately? Why is now the time to start back up again. Take some alone me time to think about why that is. Did you love the way running made you feel, look or the structure it added to your life? Did you like being able to tell others that you were a runner or was it for the mental or physical health benefits running brought you? Why did you stop back then and what in your life now is giving you the urge to get back into it? I think the best idea is to write it out on paper and put it somewhere you’ll see it every so often like the makeup drawer in your desk. Add to it as things come to mind. That way all your reasons stay top of mind but you don’t become numb to them.

Get some gear that excites you

Your body may have changed since the last time you were a runner, ditto for your taste. Grab some new gear that you’re excited to wear. It doesn’t have to be expensive it just needs to not be cotton. You might think I’m going to say buy some new shoes but I’m not. If you have a pair of shoes that are good enough for now start with those for now. Set a goal (but easy) for new shoes like once you cover 50k or run one km without stopping then buy yourself some new kicks. That way you are bribing yourself to keep going. Every runner knows there is almost nothing more motivating than new sneakers!

I suspect a lot of former runners are dreaming about getting back into the sport right now because they are stuck at home during the pandemic and exercising is one of the approved ways to get out of the house everyday! Only do so if you are allowed and you can do it safely. I honestly hope that a ‘good’ thing that comes from all of this is that lots of people incorporate more exercise into their lives going forward.

But no matter when you’re reading this if you’re going to get back into running you’ll need to find some time in your life. Probably the easiest time is very early and before work. Some other times might be about two hours after a light, early supper, on you lunch break, or before dinner. One of my favorite ways to find time to run is to prepare an easy oven dinner the night before like Mac and cheese or a casserole. Pop it in the oven when you come home and head out for a run then when you get home dinner is ready. You can also just heat yours up later on leftover nights. Once you find that time guard it and don’t be willing to give it away!

When I got back into running I wanted to run on the trail even though I’d always been a road runner in the past. I didn’t look the way I wanted to and I also didn’t want people to see me struggling. Those are things you shouldn’t really concern yourself with because they truly don’t matter but they did to me for a time. Whatever your hang ups are find a route that can accommodate them. Maybe you want to run somewhere more private or cooler so you can wear more clothes. Any inconvenience is likely temporary since pretty much as soon as you start you’ll get more comfortable and run wherever you want. Within a month or too I was back to running on the road that I love and even in a sports bra which I never did before.

Remember when you used to run all the miles effortlessly and then you’d get into the zone? Remember feeling like you were flying free and could go forever? Yeah, it’s not going to be like that for a little while at least. It’s going to be harder than that but probably not as bad as you’re thinking. You might not be able to run a mile at a time now but it will be back in a matter of weeks and within a month or too you will get one of those elusive runner’s highs. Just be honest with yourself that it probably won’t rock at first that’s temporary and accept that you’re just going to have to push through that. The good news is this phase is incredibly temporary!

Make a promise to yourself

You make promises to people all the time, your partner, your kids, your mom and your boss. It feels really crappy to let someone down and break a promise doesn’t it? Sometimes, not all the time, you need to make a promise to yourself too! Make a running promise to yourself that’s manageable. So probably not that you’ll definitely run a marathon this year. But something like running three days a week for the next two months, get back to 5k endurance. Whatever makes sense to you make that commitment to yourself. It’s more important after all than having that report on your boss’ desk in record time! That should help you keep your motivation and momentum up.

Find something to keep you going

The first few runs or even weeks back are always pretty great. You’re constantly going faster and farther than you did last time. After a bit though that does go away. Find a way to keep yourself motivated. It could be progress pictures, more gear related bribery, fun instagram runfies or even a race (or virtual run) on the horizon. You might laugh at some of these suggestions but if you start posting workout photos it feels crappy when you have none to share! Whatever it is, no matter how weird it is, find something that keeps you going. One of mine is noticing how much better I feel in my own skin when I’m active. I make a point to notice it when I’m lacking and appreciate it when I’m hitting my goals. See they’re not all frivolous!

How to get back into running after a break: 30 tips

What to expect after a running break

How to avoid giving up on running

If you want to get back into running there is no bad time to start! Winter’s cold, summer’s heat and well even pandemic distancing it’s always a time that has conditions you can adapt to. If you want to do it and aren’t that makes you feel crappy about yourself all of the time. If you don’t start now that feeling will only continue on into the future. It’s in no one’s control but yours if that happens or not. How did you get back into running after a long break? What was your big reason for why? Why is now the perfect time for you to start running again? Leave it in the comments below!

One thought on “How to get Back into Running: Mental Work”