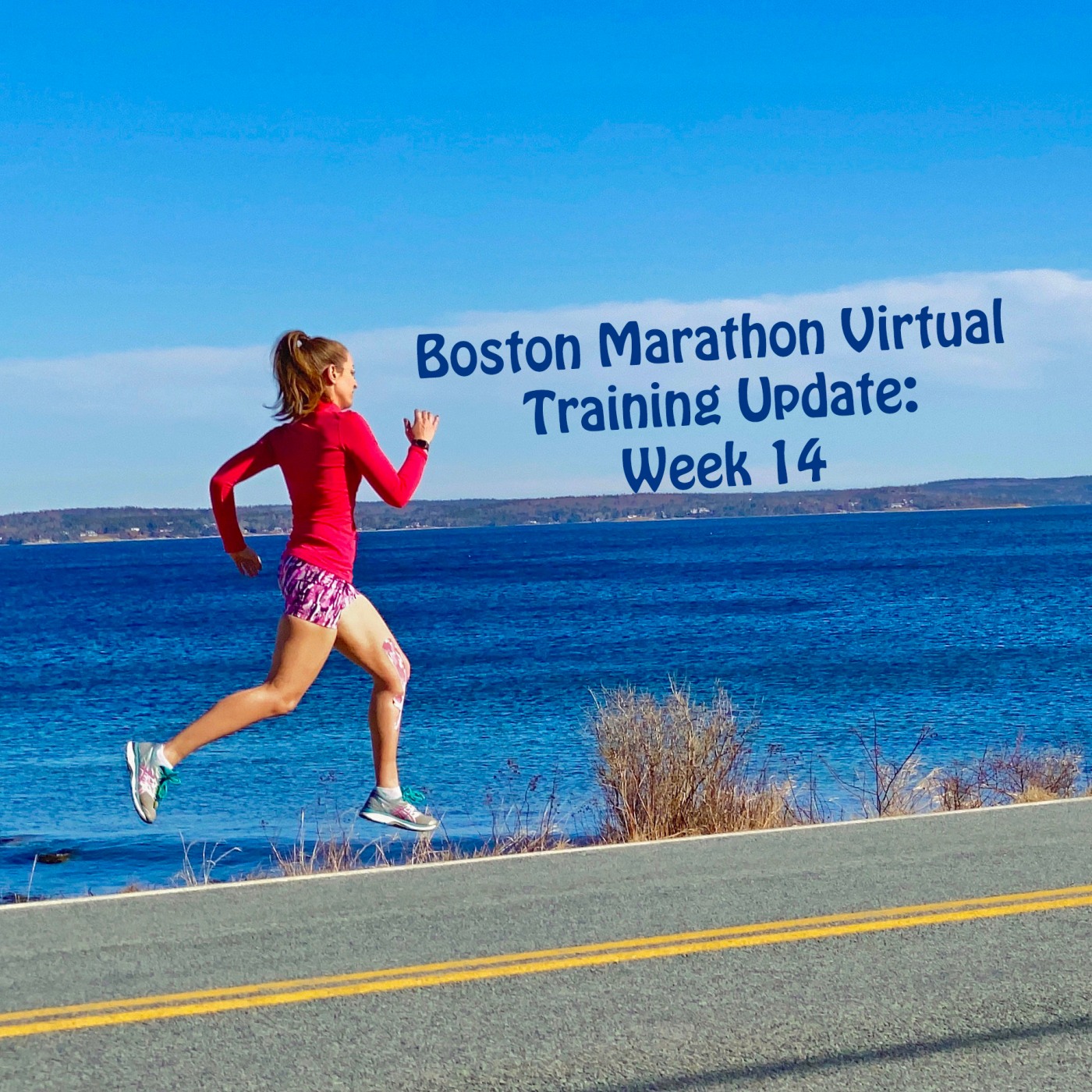 This week I got all my kms covered so that’s a big win. Little things kept popping up to make running harder than it should have been but I made it through. I am totally in the stage where I’m counting down to the end and not only is that okay it’s totally normal. This week we had some company and there was a heat warning all week. So in short this was not an easy week in training. I’m prepared to feel this way until taper time! Because of this I’m very likely going to skip a run next week since I ended this one both sleepy and sore.

Wednesday 8k: We had another week long heat warning this week which was not great. On Wednesday we both put of going to work until almost 9 so I could get my run in. Even though it was early it was already hot. This week really was characterized by nights that just wouldn’t cool off so us runners were pretty much doomed. At the end I was desperate to get some heat off me so I took my shoes off and did some playing around in the ocean before heading up to the house. Honey had breakfast cooked for me and a great friend had dropped by. After I ate my post breakfast pizza it was time to get to work! At this point I would say I’m eating everything that’s not nailed down but your girl is good with a hammer so I’m eating that too!

Friday 11k: We spent the high tides on Wednesday and Thursday in the evening working so evening runs were out of the question. This week life and currently my least favorite cat also had me up at 5am everyday which wasn’t ideal. Friday was another hot one but just before dark a little breeze picked up and I decided to get my run in. We had company coming the next day so there was lots of house chores to do too. Honestly I don’t really remember anything exciting about this run but I do remember thinking about how thankful I was for the wind. Which got me thinking a bit of a breeze is sort of like a reverse convection oven for runners keeping us cool.

Saturday 8k: Have you ever noticed how boys either fail to repeat or fail to learn all of the relevant information in the first place. I totally thought that our company was staying the night since they usually do. I got the whole house ready for that but it turns out it was just a day visit. I was also really stressed out about the level of sleep that I would get before my long run. It’s not to say I didn’t want the company but right now it was a bit of a blessing. Getting the whole house in shape also wasn’t a bad thing because it would have stayed as it was until the middle of October at this point if not. I made a BBQ super so I ate very light and headed out after summer. By the time I got home we were hosting a bonfire and there were 6 kids and 8 adults on the deck. So that escalated quickly. But I did have a lot of volunteer marshmallow roasters at hand and that worked out pretty well. The run was pretty great and so was the surprise party afterwards.

Sunday 19k: This one wasn’t great. I didn’t think a whole lot of it where it was an ‘off’ week run. I hadn’t slept well at all this week, a possible sign of over training but more likely cat ownership in this case. I should have insisted on doing it earlier or later but I went at the hottest point of the day. I should note though that the heat had broken the day before and it was only about 23c while I was running. I had forgotten to make ice the night before but my mom filled my water bottle for me with ice water when I passed her house. What really got me about leaving at 1 and returning a bit before 4 was the traffic. It was pretty busy going out but full out with people leaving the beach on the return home. Usually I run on the white line on the asphalt and pull over onto the shoulder when a car is coming. Most of the year and most of the days our road is deserted enough that I spend well over 80% of my time on the road. This run though well over half was spent on the shoulder, way more on the way home. It’s a less energy efficient surface but it’s also so uneven and in places grown in. So running on it a lot is pretty hard and beats you up a whole lot more. So it was a tough one physically. I had been sore before this run and this run only made me sorer! At the very end I also tripped on some turf at the edge of the shoulder and almost fell down. The scare of that, how exhausted I’ve been and how sore I was made me cry just a little. I have cried before while running but I’m pretty sure this is the first time running has ever made me cry.

The run itself wasn’t really that bad. I was a lot sorer as it was going on than I would have thought I would be. Even though irresponsible me failed to plan my mom bailed me out and the hydration was fine. I also got to open a fresh bag of raisins for fuel on this one and I was weirdly excited about that. Can raisins even be considered fresh by the way? I decided by the end that if I skip one this coming week that’s probably okay. I also took the time this run to break off all the ends of branches that stick all the way out into the shoulder where no one is really living for next time. So you know I pruned the ditch trees. One bit back and I technically lost a drop of blood so this run literally had blood, sweat and tears in it!

The moral of this story could be don’t get a cat, really. But I really realized this week that when you’re training this hard, and for this long literally any little thing can be a spoke in the wheels. A few extra early mornings, extra chores and just having to devote a day to others all messed with my mojo. I’ve said in the past, and taken some heat for it, that dedicating yourself to something like this has some selfish elements. I’m excited to get the penultimate longest run done next week even if it makes me nervous in the moment. You can check out the plan I’m using here.  If you want a sneak peak of my training follow me on instagram! Are you training for a marathon this year? How is your training going so far? Leave it in the comments below!