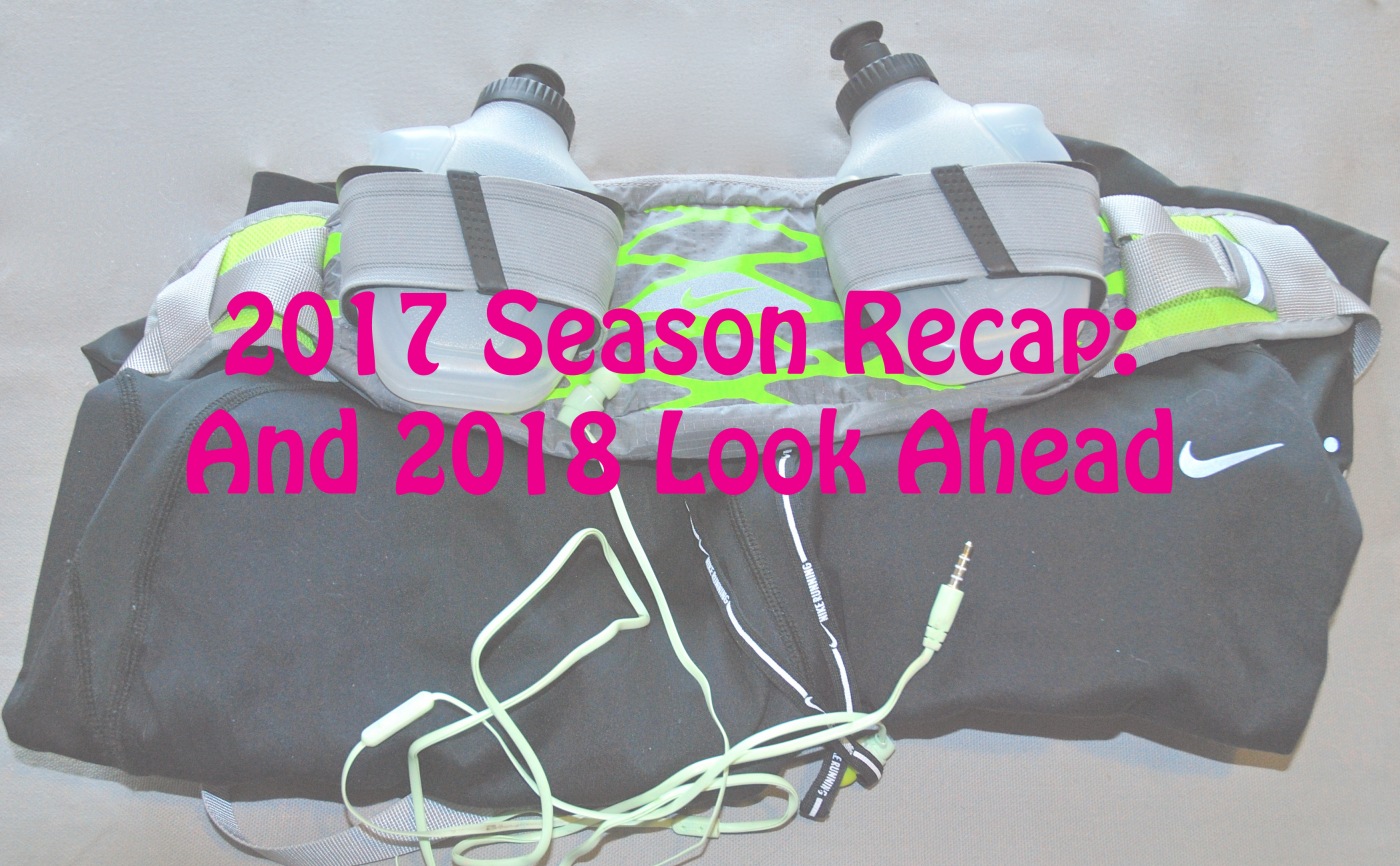 It’s not too early, I swear, to start thinking about next year or too late to look back on the year that was. This year definitely, definitely didn’t go according to plan! I didn’t accomplish my original goal of completing an Olympic triathlon but changing it to running all the fun races I never do paid off and one thing I desperately wanted but didn’t think was possible did happen, I did a run with my mom! Perhaps it’s this blogging thing or just the passage of some time but I’m having some insights and I want to share, dammit! Some are little and some are big. Some are running related, others bigger life things and still others about other things entierly. I plan to run down each race I did, do a summing thoughts section and finally a look ahead to next year.

This was before I started doing race recaps on here, It’s a race scheduled for February but it was pushed off until march and it was -16 degrees celcius that day. It raised money and food for a local charity plus it had a super cute snowman medal and on the day I bought a mug too. This one taught me two things, you can run when it’s that cold, no problem, for about an hour then it really sucks. This one also should have taught me to take my knee injury seriously sooner. I remember feeling anxious that the middle of February would come and I would have to walk it. I was up late googling and the process even inspired me to write this funny post about 53 stages of dealing with a running injury. Even though I was filled with anxiousness and dread I got a bigger brace and wasn’t really doing my exercises everyday for very long at all. I might do this one again this year, which won’t be the case for most of these races IF there is a new super cute snowman medal. 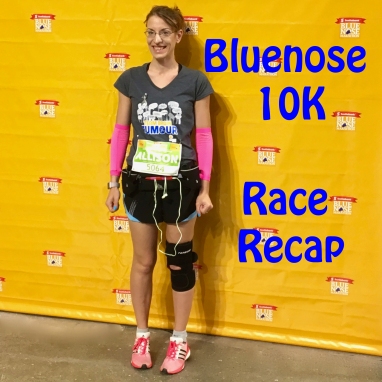 This is the big one for the east coast of Canada, that big city wide race that can be a have to. I did the 10k this year again and wrote about it but this was the first year I did the charity challenge part where you raise money for your cause. Mine was Brain Tumour Foundation since I lost my brother to it a few years ago. I did pull off a PR but I learned a lot about how the charity side of things can work, some of it was ugly to me. I did raise over $3000 for the Brain Tumour Registry in Canada though my former foundation board member mom did a lot to help. I guess I did raise awareness I guess wearing the shirt but… I didn’t get into any of the race photos out there in the inter webs (probably because I was so fast… hahaha). I fundraiser after paying my race fee and joined the main team rather than going it alone or forming a sub-team. Charities that participate usually pay for runner’s fees and a lot of runners sign up with a team, get their race fees covered and never fundraise for the cause. Since it’s a bigger race the fees are on the more expensive side ranging from about $60 to over $100 for the marathon depending on when you sign up. They do it just to run the race for free. I really don’t like this idea at all! I suppose that you are raising awareness for the cause by wearing the shirt on the day but you actually get the regular shirt in your package too so nothing says you have to. I think if you’re going to do this you should at least raise enough money or donate yourself enough to cover your fee. For the record I paid my own fee last year and if I were to run for the cause again, I would do the same. I get that there are a lot of really good reasons you might want to run and should have your fees covered but if you’re doing it just to run for free it’s pretty despicable in my opinion. What do you think?

This was a free race with a super fancy medal in Bridgewater NS put on by Michelin Tire for their health and safety week. Last year was the first year it was held and if they hold it again I would totally sign up, I love free stuff! I have done trail races before but this one was super wet. I didn’t really have any life changing lessons that I learned here but some practical stuff. One is that the first year a race is held there might be some organizational snafus and that’s cool, just expect it and adapt, everyone’s learning. It’s not that bad to run without music in the rain, so yeah I can leave my phone in the car. It also turns out that bad weather and mud don’t slow you down that much since I was close to my PR at the end of the day but maybe being cold and wet was the motivator there. Finally if you’re going to be running in those conditions put an old towel in the car since the backs of your legs will be muddy AF! 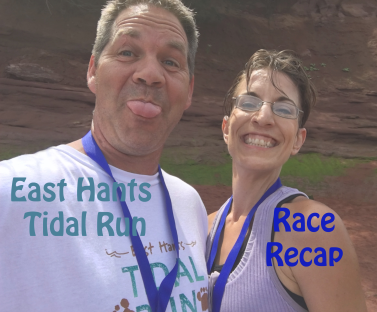 Richard actually did this one with me and that was amazing. This one (sort of was the inspiration for the season of fun.) By this point It was becoming clear that I wasn’t going to be finding a triathlon to do is I embraced the new plan. I always wanted to do not since Moses but there are a few issues there. One it’s two hours away and starts at 8 am so overnight accommodations are a must which means it turns into a two day expensive thing. So I saw this one for active East Hants and sort of conned honey into doing it with me. In this one I learned that four laps of the same course is too many laps, in fact three laps of the same course might be one too many. We also learned that Richard’s orthopaedic surgeon was right, he can’t run. Since he only did one lap of the 2.5 km course in soft mud I figured it would be the easiest test possible and he wanted to do it. We also learned that if he does run his ankle swells up REALLY funky but it goes down again in two days but that’s pretty much the end of his running career.

I thought I was doing pretty good at picking charitable races over shiny fancy ones and extolling the virtues of that choice on here. Then I drove by the signs for the Terry Fox Run next weekend and I realized I was a douchbag for not participating in Canada’s longest standing and arguably most charitable run. But I fixed that this year and I’ll be keeping it up every year after this. Also I learned the Hubbards 10k is actually about 8.2 km.

I wanted to wear my super cool chase the ace running costume I made again this year. So U could have gone back to the tick or treat trot in Bridgewater but I found this one in Hansport and I decided to try out a new one with new people to see my super cute running outfit. I pulled off a twos year running goal to break a 30 minute 5k which I did by 48 seconds. There wasn’t any big lessons here other than you can PR in a tutu and when you’re doing it the whole thing seems uphill.

This was one that was suspend to be the last one for the year and I’ve always wanted to do it. As it turns out this one has a different start and end point since it leads a Christmas parade. That’s the first time I had to deal with this and it is the logistical nightmare you think it might be. Maybe not enough time has passed yet but there were no big lessons here. It was so much fun and such a cool experience and I totally recommend doing it once logistical issues are worth it. Plus new red and white running tutu, pus battery operated lights.

If I could wave my magic wand and change one thing it would be for people all over the world to make the best possible choices available to them at the time, at least in terms of their health. Barring that the people I know at least. I think almost like no other change we can each make individually I believe that if we all took the best care of ourselves that we can it would change the world. In the words of the formidable Elle Woods, “Exercise gives you endorphins, endorphins make you happy and happy people don’t kill their husbands.” But its more than that stay with me here. Happy healthy people cost less for healthcare freeing up cash for other things we need from governments like schools, roads and social programs. Happy healthy people don’t drink too much or do drugs freeing the world from social ills. Exercise is incredible for happing people with mental and physical health issues and it makes us more social. Ok but this is a recap for a 3k run right. Well my mom did it with me and if I can’t get my wish for everyone in the world I definitely want it for my mom and the people I love. My mom is already talking about other fun runs so that’s awesome!

That does include $35 in entry fees for others and fees but not donations to any causes above the race fees. But I collected 2 PRs (5 and 10k), 7 medals, 2 shirts, a mug, antlers and 2 light up noses.

My real goal is to do an olympic at the Jonny Myles in July. I’m tossing around the idea of doing the 1/2 at Bluenose next year on my way to it but we’ll see. I’ll likely do some other races as well but I guess you’ll have to stay tuned for that.

How did your season break down this year? Did it go exactly as planned or did you make changes too?