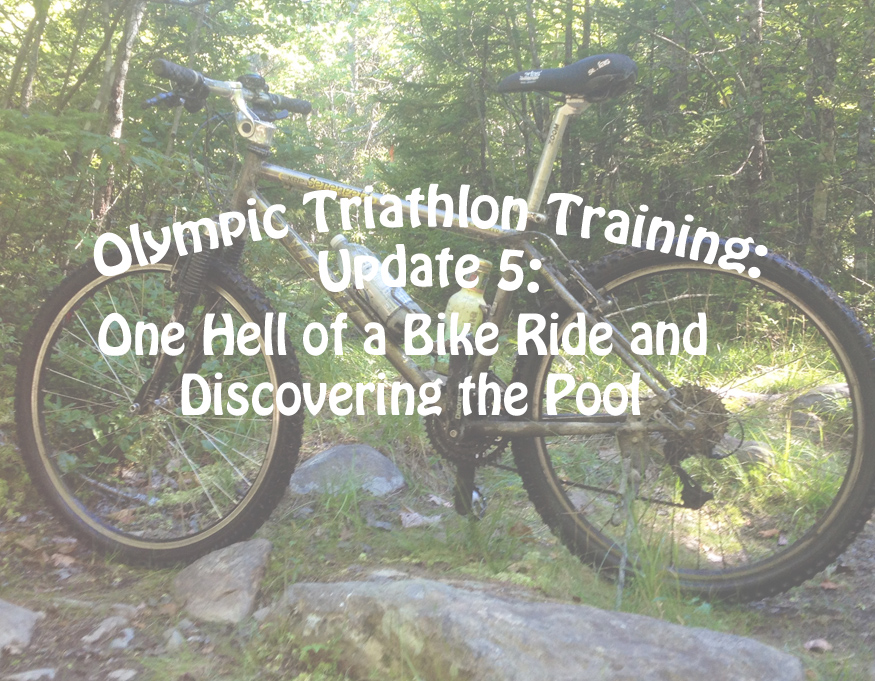 Do you ever cop an attitude about something, really dig in your heels, refuse to consider alternatives and then find out you were dead wrong? Yeah me neither except this one time… Well I wish I could say it was only one time but it happened one time this week and that was about training for the swim portion at the pool instead of my lake/ocean at the bottom of the driveway. That’s right the WHOLE Atlantic Ocean is mine. That’s not true either but I do tend to think of one little slice of both the lake and the ocean as my personal swim training grounds and it’s obviously better then the local pool, right? Well this week that world view came crashing down around me. If you read last week’s post you’ll know that life conspired to keep me from my swim on Sunday and I plain old chickened out on Monday. Well Tuesday I begrudgingly schlepped my butt to the local aquatics centre in my old hood for the $3 swim and it was so much fun! So much fun that I think I’ll be heading in many Tuesday’s this winter after tutoring in town to mix things up. Read on to find out if and why I headed back on Sunday for this week’s swim and paid the whole $12 day pass rate. Plus all the other stuff I did this week too. 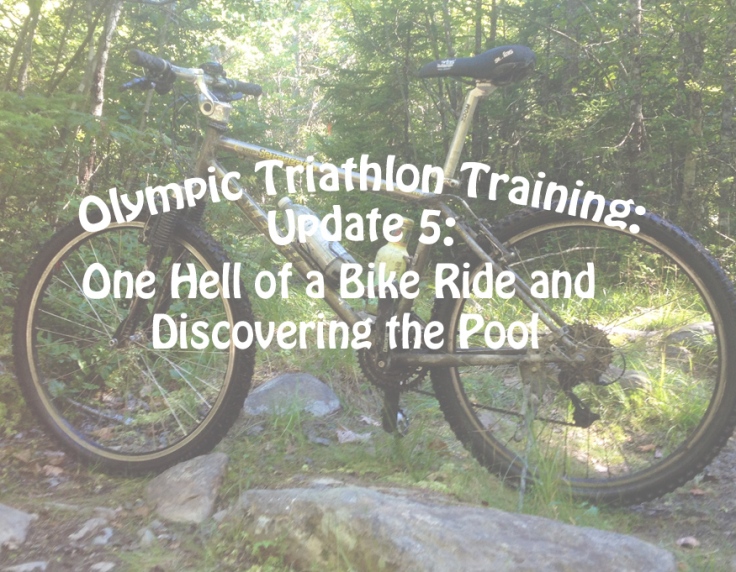 Wednesday: 7 km Run: Is it weird that I don’t remember a whole lot of actually running on this one? Probably not since it turned into a social run in a hurry. I teased our trucking guy and his dog at the beach at the start, then found out one of my tutoring kid’s math exam went well right after and stopped to catch up with a family friend for 10 minutes around km 3 so it wasn’t that hard. This sort of thing happens from time to time when you live in a small town and I’m always down for a break. One person even noticed I was off my regular routes. I was getting that last km in since my favourite rout takes me in a loop around 6 km. I went old school and wore my favourite long run outfit from two summer’s ago. I remember now why it made the cut, super comfy, the skirt is a little longer and the light colour is perfect for the heat. I do have to shorten the bra straps again though as it’s stretching a bit more with time.

Thursday: 45 km Bike Ride: Have you ever done something you know you probably shouldn’t have done because it was on the schedule and you know, life make you? Well This week said 45 km bike ride. I’m in pretty good shape now but pushing a heavy mountain bike hard for two plus hours is hard work. I’ve been cruising at 21 km/hr on my mountain bike on the trail plus photo shoot time meant this one was going to take about 2.5 hours and I knew when I got home honey wanted to go boating so there was a time limit on it. I had planned to do this one on my road bike with my new tires so as to not drain too much from the tank and go much faster but those tiers came in too lake in the day and we were already home when the call came so mountain bike it is. I have been in 100 km on the mountain bike going slower shape in the past but neither the bike or I are in that shape right now.

I went out too hard and by km 29 I was well and truly pooped. I thought about calling for a pickup even but I didn’t want to fail/inconvenience people, There was no convenient pick up spot and the nearest one was bout 8 km away. The thought that it would kill my confidence in a big way too crossed my mind. So I slogged through it and got it done. Even though it hurt a lot (mostly the glutes) I wasn’t sore the next day but I did feel weaker picking stuff up. But no time for wallowing I had a 44 bundle roof to strip.

Sunday: 1200 m Swim: Guess what I went back to the Canada Games Centre for this one and  I had the fast lane all to my self. I went for this option since I was headed to my sister’s for dinner and our back yard park is closed to cars and pedestrians for road repair from this storm at the beginning of January. Lots of people have been breaking the rules but I’m generally a rule follower and the pool was so much fun last time. I had the fast lane all too myself and I realized I either need to shorten the straps on my bathing suit or get a new one for race day. I didn’t actually show the jiggly top bits but it’s too close for comfort now. This won’t be an option this week as the pool is closed for repairs after my swim until Sunday next week. 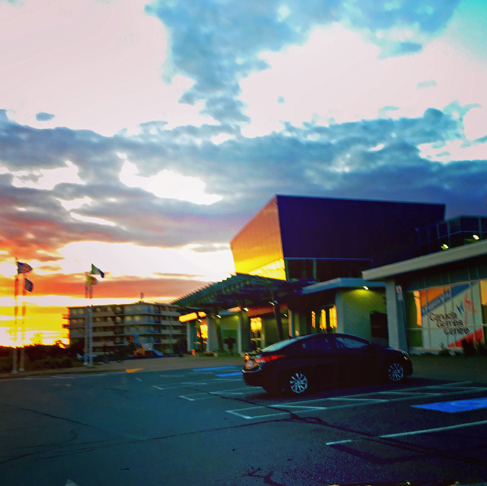 Monday: 6 km run: I’ve accepted and realized at this point I training that Monday is the new Sunday this training cycle. It’s a Tuesday to Monday state of mind this time around. Why? No good reason really it just happened. Nothing special about this run except I continued my rule following and did a different route. It was hella windy and cold so I broke out my surprise new running buffs from The brain tumour of Canada for fundraising over $1000 at Bluenose this year! But I took them off as I warmed up. I also ordered a race day outfit from sportcheck of 5′ nike pro shorts and a matching sports bra in racer pink. If it’s called racer pink it must make you faster right?

One thought on “Olympic Triathlon Training Update 5: One Hell of a Bike Ride and Discovering the Pool”