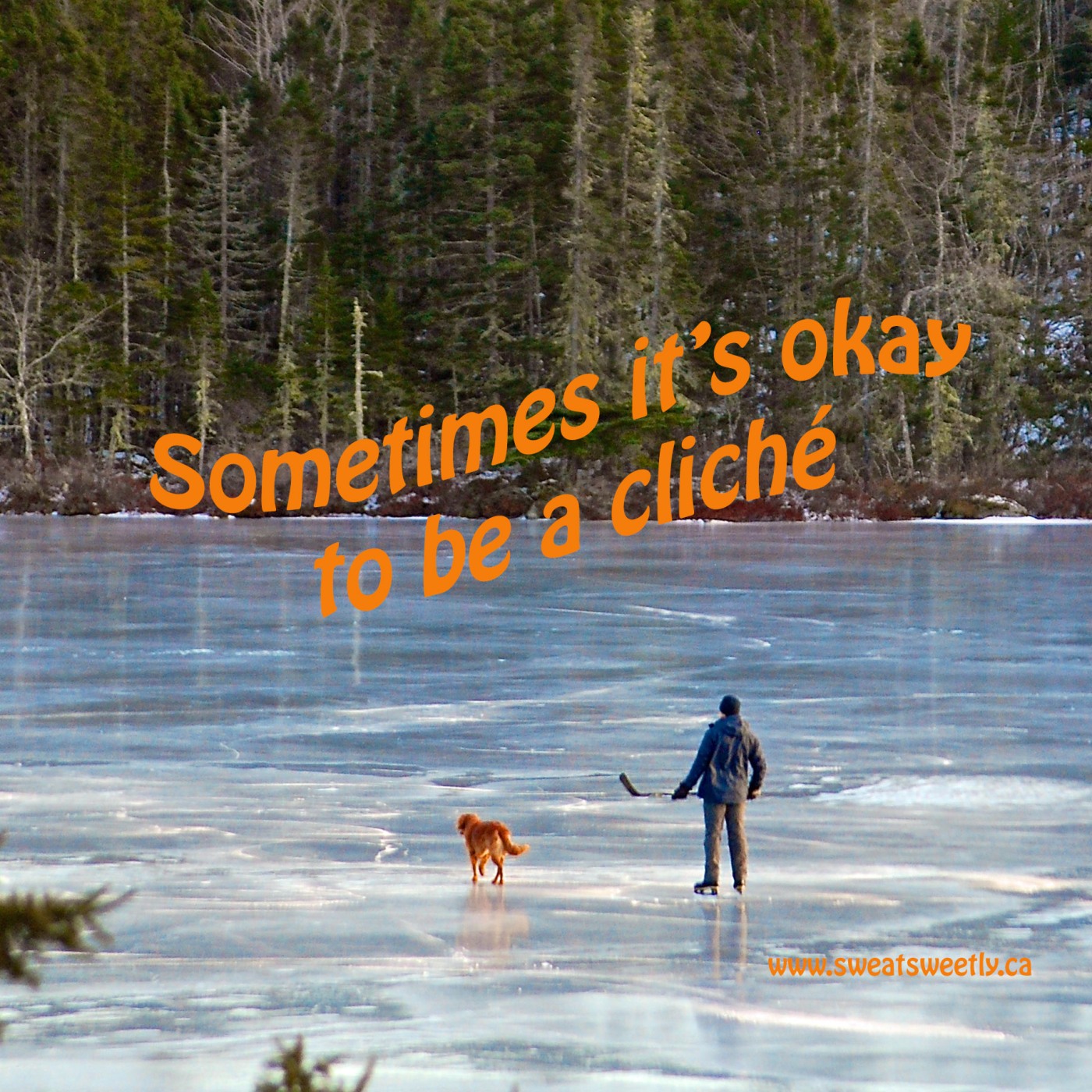 I stumbled into what might be the most Canadian of shots while I was out with my camera last month. A man playing hockey on the frozen ocean with his dog. I figured now would be the perfect time to post it since wintery things are finally coming to an end we can now start to look back fondly on the winter that was. Yeah it’s sort of a cliché but sometimes that’s okay. I’ll fess up in a lot of ways I’m exactly what you would expect I’m a vegetarian biologist who’s really into the environment. I’m a runner who got injured and is now getting into triathlons. I talk about running at every opportunity that I get, I even kept my brother in law up till 2 am talking about running until he finally tapped out. He told his brother “I thought she’d run out of things to say eventually but she didn’t.” We mostly eat easy, ugly food like old school 80’s tacos that have no business on instagram and lentils have never ever been cute.

In an age where we all go out on a limb to prove that we are unique and different being exactly what you expect in at least some regards is okay too. No matter how many things are expected about us we’re bound to have some one of a kind traits too. I’m guilty of running different routes just to change up my backdrop for pictures. But this past month I read a post on Instagram from a runner (@hellenlie) who dedicated her run to her favorite route and I love that idea! My favorite route, the one I’ve run the most, has been impassable for running for the last few months due to ice. As soon as I could get back to it I too dedicated my run to my favorite route and it felt great. While you’re out there this weekend hit up your favorite route and dedicate your run to your favorite place to break a sweat!