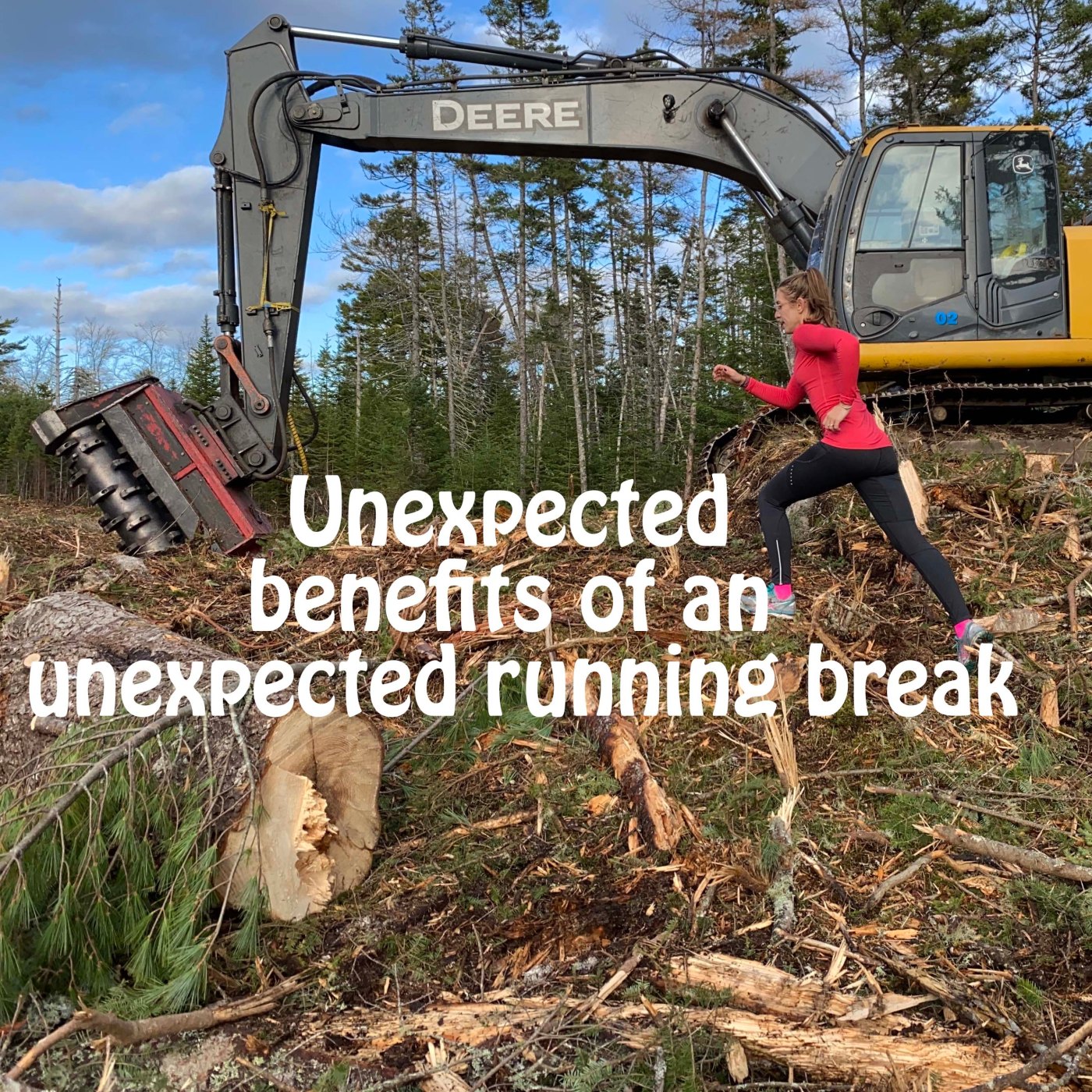 Usually I try to write posts that have more useful information than a bunch of stuff that happens to me. This is however not one of those times. But I do think everyone can find some value in these experiences. I haven’t taken more than three weeks off from running and then only once due to a minor injury in over 5 years. I did this summer though. I know a lot of us did this year and that’s okay. Truthfully I wasn’t too worried about getting back to it or stressed about it at the time. Lots of good things came from the time I didn’t spend running. I did miss the mental health benefits though. If you had a running break expected or not hopefully you’ll find some unexpected benefits too.

The details of the break

I never intended to take a running break in 2020 but neither did a lot of other runners. Pretty fast I realized not only would this not be the year that I finally tackled a marathon I probably wouldn’t even get to do a community 5k. I never really decided to step away from running, I still thought about getting one in pretty much everyday. It just kept not happening. Then other things did and it seemed like the right time to focus on all those other things that came up. As more people asked me to do work for them there really didn’t seem to be a reason to say no. And so June, July and August were running free. I really wasn’t doing any other on purpose workouts either and basically no cardio. I was however doing way more lifting walking and weight bearing stretching (is that a thing?) than pretty much ever before. I got about 8 runs in September and I’ve been keeping that up since then.

What happened after a return to running

Not running felt pretty terrible mentally which I wrote about here but physically it really wasn’t that hard to get back to it. Pretty much instantly I remembered why I love it. I put zero pressure on myself knowing that with some consistency I could definitely get back to and pass anything I’ve done before. I’ve written on the science of how fast you really lose fitness in the past but the thought that I could still run a 5k like I used to seemed unlikely.

Here’s the thing though my first run back was going to ‘just’ be a 3k with as many walk breaks as I needed. But I ended up running a 5k the whole time at basically the same speed I was doing training runs 3 months earlier. It didn’t even take a lot out of me. While a few runs since have been a little tougher than they would have before but nothing serious. Two months later I was back to running 10k’s.

The whole time I was not running I kept thinking well maybe my knee will be better once I get back to it. My knee has acted up in the past a few times in a pretty big way but for the last year or too its been pretty stable. I do use KT tape every run though and I had been wondering for a long time if I really even needed it anymore. Many times over the summer work had me taking 20 000 steps while carrying heavy stuff and jumping on and off the truck dozens of times a day. Here and there I felt it but less and less as the summer went on.

Since I at least intended to start off slow I decided to head out at first with no tape realizing that this could totally go either way over the next few runs as my milage crept up. But here I am months later with no tape! I’m definitely keeping an eye on it looking out for the first signs of my injury acting up again. I do sometimes feel it for a few steps now but there hasn’t been even an ache after the run is over. I should probably be doing my physio exercises preventatively now but….

My fitness didn’t really decline that much

I wasn’t too worried about my fitness and endurance declining over the break, for a few reasons. One is that I was still pretty active even though I wasn’t doing any cardio so I thought I could probably still run. I expected it to suck a lot more than it did. I knew from this article that we don’t lose fitness as fast as we think we do but it was three months so you gotta expect some losses right? The last reason I wasn’t too worried about it was that I’ve taken years long breaks since I started running when I was about 13 and I can always get back to it. Finally even though I’ve done some pretty big endurance challenges in the past I’m certainly not in that shape the next spring. So even if I couldn’t run a km without needing to walk I knew I could get there again.

But I was still pleasantly surprised. In a lot of ways it was like I had never stepped away. I ran 5k the first run back and 7k the one after that. I’ve gone as far as 10k since the break a few times which is not something I’m usually doing this time of year and it’s been totally fine. I find in the year my speed is zapped in the winter anyway but I’m not sure I’d be as close to those PB times now as I was before the break. Sure some runs have had tougher moments and later in the day I’ve been finding running has been leaving me more tiered. But… as an insomniac that’s a pretty welcomed thing!

Not to brag but… I pretty much run in one of the prettiest spots in the world in my opinion at least. Check out my insta if you don’t believe me but years on these routes and they do get a little less exciting. Coming back to them after a summer off means I’ve been loving them like new all over again. It’s hard to believe but sometimes you forget to take in the crashing waves on one of the beaches you’re running by. Well now I have an appreciation for that all over again!

This is totally a first world problem, actually a few mushed together, but… allow me a moment to explain. So Christmas 2019 I got a new iPhone! And… It won’t automatically synch with my second car anymore, you have to manually select it, usually a few times. The work truck doesn’t even have an auxiliary input so no bluetooth at all! Which means I haven’t really been listening to my extensive and embarrassing music collection that I love. At work its CBC, like all the time for me. Which means that now that I’m back to running I am doing a lot of run dancing and even more run singing along to all those old bangers that I love! Please don’t judge me if you happen to see me out there. In my head I look totally different I assure you. But if you have any great running songs from the last 6 months please share, there’s always room for one more!

If you’ve had a break from running, expected or not, it’s no big deal to get back to it. Your running history no matter how recent will always be there to help you once you return. You might find that old injuries are aggravating you less than they have in years or that you just fall in love all over again. Have you found the positives of a running break? Leave it in the comments below!

One thought on “Unexpected benefits of an unexpected running break”