Maybe you’ve been toying with the idea of signing up for a race for a while now or maybe it’s never entered your world of possibilities. Either way you should try it out! I was actually up late last night chatting with visiting family about racing. He didn’t get it and I was trying to convince him to try. A lot of what holds us back is the unknown so read on and that will be a lot less of an issue.

Last night I actually ended up making a case that for most people training for a 10k would likely end up being a life changing experiences. So read on for what to expect from your first running race then specific things to triathlons. Some are what you would expect others are surprising. I hope this is a pretty comprehensive list. Finally why it might change your life. 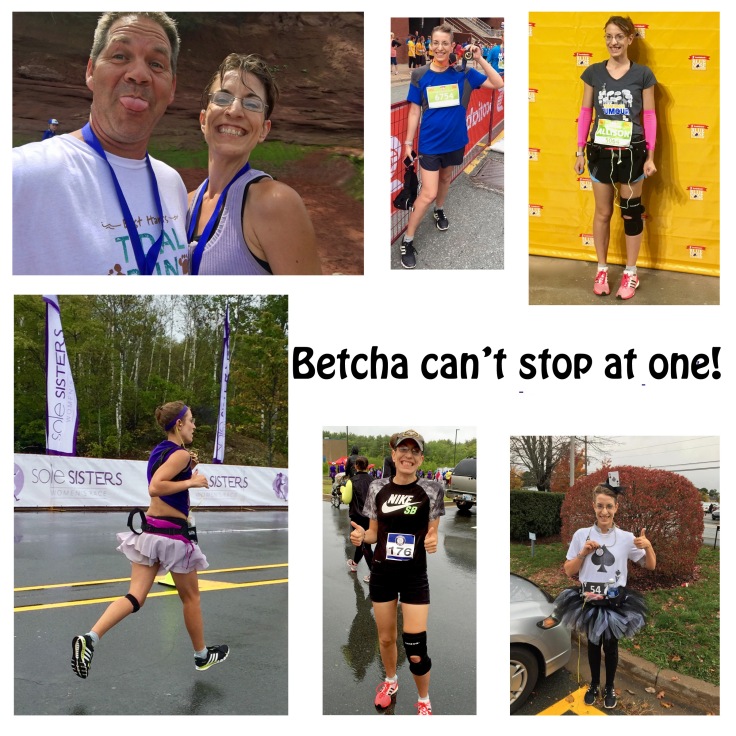 Back in the day almost 15 years ago I did pretty intense mountain biking races and I was in it to win it, well sort of. I was competitive but so was everyone else so I never actually won… Then I got hit with a 1/4 scale gas race car, got 7 stitches and signed up for a sprint triathlon on a whim.  You can read all about that in this post. But overall it made me realize that just participating and competing with yourself was more than enough and totally fun!

But.. a lot of the running stuff applies too.

How could running a race change your life

So I stayed up late this week trying to explain running races you’re not going to win to Richard’s brother. It turns out he was teasing me, I did not pick up on that at the time and had to be told after the fact. PS sometimes you have to tell me you’re having a laugh at my expense, I think this is an okay+ quality personally. He’s in the military and is supposedly super tough. They can be asked to run 5 and 10 k’s at any time as part of physical training, though I suspect that doesn’t happen a lot more then semi-annually. Anyway… this is the case that I made. A lot of the later stuff applies too even if your a regular but non racing runner.

I would argue that  your average 35 year old can’t run a whole or even half km without stopping. When I started I couldn’t run from lamppost to lamppost. Say this person decided to run and train for a 10k (or even 5K). They would ideally do a 6 week walk to run and a 10 week 10k program. A little googling is really likely to lead them in this direction. That’s 16 weeks of dedicated training or about 4 moths. I think that would have the potential to change most people’s lives for a whole lot of reasons:

Did your first race change your life? How far could you run without stopping when you first started? Have I forgotten any first race experiences?

16 thoughts on “What to Expect From Your First Race, and Why You Should Do It!!”