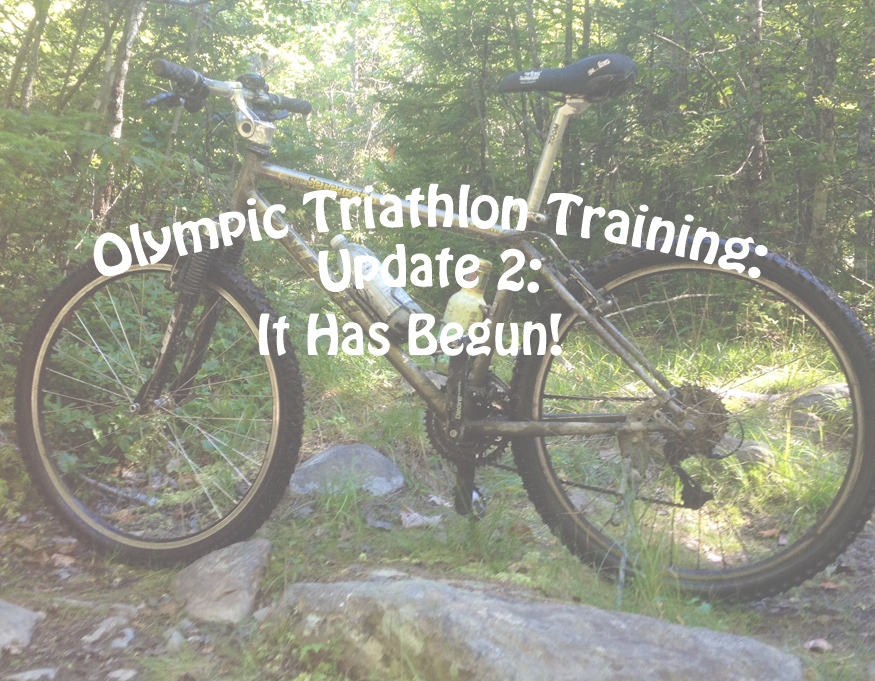 You might remember last week’s post where I was supposed to get all my shiz together to start training. You might also remember that I did almost none of that. Yup, you guessed right that came back to bite me in the butt this week but I did end up doing a lot of that stuff at the last minute in the most stressful way possible. You think I’d learn from this but… my prediction is I’ll end up in the same boat again but that’s life right. Wow that was a negative start for what was a pretty good and confidence building week. I should also put it out there that I did a lot of procrastinating at the beginning of the week and a lot of exercising at the end. Also no apple watch this week, the screen popped off due to a swollen battery so it’s headed back to Apple. Is there even a point in exercising if you’re not closing rings anymore? 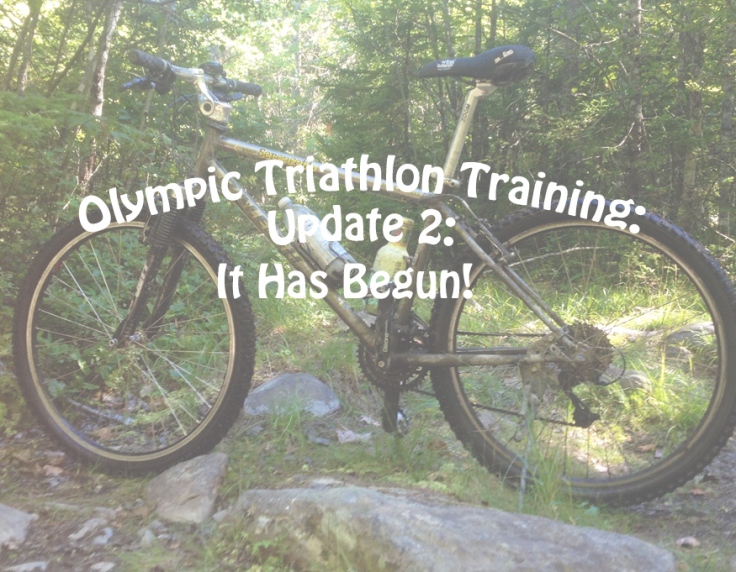 Thursday: 7k run: I snuck this one in just before dark so this was my first run since my half 10 days before, talk about a full recovery. The week was ticking by and there were 4 days and 4 workouts left so I guess it was time to get started. Side note right before this I had my very first tick at the tender age of 34.9-ish. We dropped some plants off to a family member who had a hell of a lot of ticks when they bought last year now they just have a lot of ticks and 4 guinea fowl so it won’t be an issue much longer. In the 2.3 minutes it took me to unload the truck and go inside I guess I picked up a tick. Someone said, “Allison you have a tick on your neck” and honey said he didn’t even see my hand it was a blur I swiped it so quick. Apparently this was the wrong thing to do as the tick fell onto the black rug, flashlights were dug out and it set off a 20 minute tick scavenger hunt that ended with sweeping and rug shaking. Will I be waiting for someone to take it off me next time? Probably not! All that to distract you from the fact this was an uneventful run with not a whole lot to say about running in general. Didn’t think I’d have daylight for all 7 km and I did so that was a win. I took this selfie but posted pictures of flowers in bloom (finally) on my insta instead!

Friday: 40 minute swim: This was NOT a 40 minute swim more like 15 or 20. I was not enjoying the idea of this one at all, at all. We checked after two hot days and the lake temperature was about 14 C (57 f) and not getting any warmer in the days to come so it was now or never, PS it’s gotten colder again since. According to the interwebs I needed a full 2/3 mm wetsuit and booties, umm no I don’t or do I? I wore my speedo, my rashguard and my shorty wetsuit (which was in the hall closet) and it was chilly. For some reason I was nervous about this one but honey came with me and sat at the shore while I swam which was super sweet and made me feel better. I stayed a tad closer to one shore on one side than I usually do on my three trips back and forth across the lake after 20 minuets I was happy to be getting out and pretty cold. Since he’s used to me swimming to get his boats he had my shoes and towel ready for me when I was ready to get out and that my friends is service. So is having a human retriever for your RC boat so we’re even. I counted getting my stuff together, actually getting in and getting past the it’s so cold as a win enough fo this week but there’s a 1700 m swim this week so we’ll see how that goes…

Sunday: Brick 20k bike and 8k run: I had this one built up to a whole lot in my mind because I’m jumping into the middle of my olympic triathlon plan after completing a half as a workaround to cold Canadian springs. So the very first week was my very first brick workout ever. I’ve done two sprints before, one I didn’t train for and one I did but I skipped the bricks last time. I had it in the back of my mind that if I could do this one my plan would work fine. Remember that last week I didn’t get my bikes in order either… while I got my mountain bike up and running in about 20 minutes before getting on it (after being out in the snow all winter (I know, I know, not by choice)). Mountain bikes are like loyal old dogs, possibly with low self-esteem, you show them a tiny bit of love and they love you right back. I flipped it over, greased it and cleaned it all up and filled the tiers and that was it. Rode it for 20 km no problems. Though I do think it’s finally time to take that link out of the new chain, I’ve finally stretched it enough. 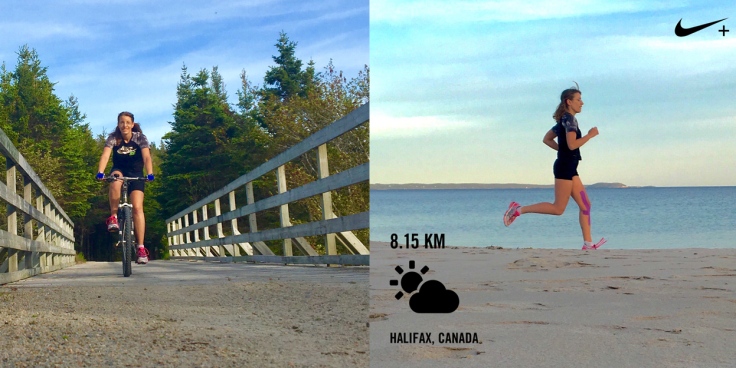 Man oh man, do I love that bike! If I HAD to pick one it would be the Mountain bike ALL THE WAY! 18 years and still going strong. Thank goodness I don’t though! It was a great ride and pushing that 34 lb bike through the trail means I’ll be twice as fast on a 17 lb road bike, right? Which is to say I don’t have that delicate little flower fixed up yet, perhaps this week. Then onto the run and that brick thing had a hold of me hard. I felt like I was taking tiny slow steps on someone else legs at first but a look at my phone (I know how 2014) told me I was going at my 5k race pace! Slow down girl and that went on for 1.5 km! I still felt like I was on someone else legs until km 3 and my knee was hollering at me. That and the temperature had dropped more than anticipated and I told myself just get 5 done. But I ended up doing the whole 8 and I lived through it. That picture by the way is at the very, very end of that 8k. Then to the bath right, especially since by km 3 walk breaks meant I couldn’t stand the smell of myself, pre-worn gear and not enough deodorant. Well no a customer had done some wind adjustments on his own and wanted us to come check out his floats, so back to work, but then yes, bath time! I was so happy I’d done it at the end I felt like dancing and I did while I drove. What a confidence boost!

Missing: 5k run: Replacement roofing for 2 days: Stepson has his own roofing company and that I know it’s hard work even if you’re doing it every day and you’re young because I’ve done it. Two summers ago it was a roofing summer. Since he started we don’t do a whole lot of our own roofs anymore but wouldn’t you know it that bugger is too busy to help us out at the moment! Good for him! So we did our own tiny roof on a job ourselves. And by that I mean honey did most of it, and I stripped it, while I stripped well over half of it. But I also laid out the singles, carted stuff up and down, went to the Apple Store twice, see I was busy too. Anyway I still didn’t feel too bad about not getting my run in on Saturday plus we took the whole day off and went out for a proper date night dinner and a movie for the first time in about three years. Awww shucks, it was nice and we vowed to do it more often, hopefully quarterly is something we can achieve!

One thought on “Olympic Triathlon Training Update 2: It Has Begun!”